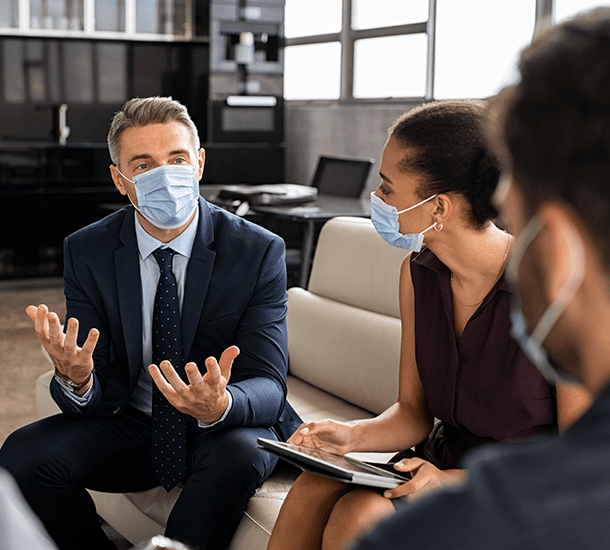 In the United States case levels are down to levels not seen since the “14 days to stop the Virus” in March of last year, and in the world’s most recent hotspot, India, cases are down to about a third of the peak early last month. There are no major areas in Asia seeing resurgences, and cases rates in Europe are down to levels seen below the fall surge.

All of this is due primarily to the vaccines that have been in distribution for the last 6 months. But that also carries a cautionary tale. In the UK, one of the world’s leaders in population vaccination with over 75% of the adult population with at least one vaccination has seen a stall in the rate of decrease. One of the major reasons for this is that the UK has still not extended vaccine eligibility to one of the segments of the population who are the most mobile and most interactive with friends and colleagues, that being young adults. Additionally, the rate of vaccine turndown for those who are eligible remains at a stubbornly high 25-30%. In addition, children, who are thankfully not high spreaders of the virus remain unvaccinated, thus retaining an important reservoir of the virus. Reaching herd immunity is going to require expanding the base of people who are eligible as well as convincing those who are resistant to accept vaccination. Until then, it is likely that COVID-19 will continue a slow burn throughout the world.

In the United States, this means that making the final leap to herd immunity will likely require that most children are also immunized. Fortunately, the vaccine is becoming available for children over the next few months, just as there has been an alarming increase in the number of adolescents requiring COVID hospitalization due to the changing mix of variants in the US. This pattern is occurring in the UK and Europe also.

While most have looked at the data and accept that while vaccines have risks, the risks of COVID-19 and potential complications exceed those risks. In fact, as we have administered about one and a quarter billion doses of vaccine throughout the world, and the safety profile continues to look excellent, while the risk of more virulent variants of the virus, most of which are very effectively covered by most vaccines, has increased. If anything, our global experience over time has pushed the risk/benefit equation much more towards the benefit of vaccination.

But that does not mean that the vaccine is without risk. In addition to the clotting risks that have been identified and successfully addressed through targeting certain populations to avoid certain vaccines, there is a persistent level of typically time-limited exacerbation or uncovering of autoimmune flares in a limited number of people. These issues can typically be effectively managed if recognized early, so people are encouraged to seek guidance from their physician for any unusual symptoms, beyond the typical flu-like symptoms experienced by many, in the two to four weeks after immunization.

In the US, an important new form of an existing treatment was just authorized. The Regeneron antibody cocktail that has been shown to reduce hospitalizations by over 70% if administered early in the course of infection, has just been authorized for injection. In the past, this treatment was only available by IV infusion, and this severely limited the availability as it typically required a more specialized center for therapy. Now, with this new approval, there is no excuse for anyone with any significant risk factor to not be offered this therapy.

Another area of treatment that is raising concern is the overuse of steroids and antibiotics. These treatments are important contributors to the number of invasive fungus infections in COVID patients, especially in emerging economies. Many people immediately jump to demanding antibiotics for an infection. In a viral infection, antibiotics can often be counterproductive as they change normal and beneficial flora of the body, resulting in easier access for more atypical infections, including both unusual and/or resistant bacteria and fungi. For fungi, this is further exacerbated by the indiscriminate use of steroids. Steroids impair the cellular immune response (as opposed to direct antibody response) and it is this cellular response that plays a greater role in our natural resistance to fungi. The take-home message is to be sure that treatments used for COVID-19 (and any other infection) are targeted to the infection to the greatest extent possible.

Data is increasingly clear that the risk of infection and, almost as importantly, the transmission of infection, even if infected, is very low amongst those who are vaccinated. It is true that being in a “super-spreader” situation where someone who is highly infectious in a low ventilation indoor environment can overwhelm immunity but taking care to avoid these types of low ventilation indoor environments can greatly minimize even that low risk. Putting all that together, travel, including international travel, to anywhere where transmission rates are sporadic or less, meaning 10 cases per hundred thousand per day or fewer is all right. An important caveat to that as it relates to family travel is that in most cases, children are not yet immunized. This means that they would continue to represent a possible carrier of infection from the destination back to home, including carriage of more virulent variants. It is important, not just for compliance with rules, but for actual epidemiology, that any unvaccinated traveler do test and quarantine away from any other non-vaccinated people for 10 days, or 7 with a test on or after day 5, on return home.