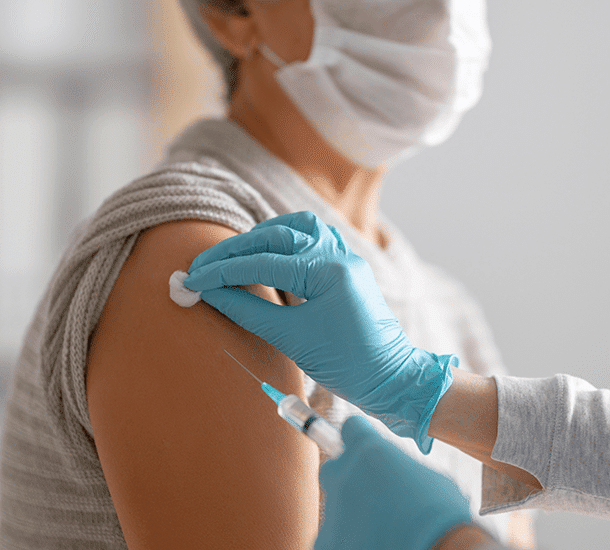 We may be coming out of the final major spike of this epidemic. The United States has not seen any appreciable increase in cases following the Super Bowl, and it does appear that the currently identified major variants including the UK, South African, and another variant identified in California, are, at least as of yet, not having a major impact. To be sure, those who thought and may still believe that these variants may produce yet another wave said that if it would happen it would be in March, so they still have time to be right, but the data coming in regarding the effectiveness of the vaccine and residual immunity after the infection is mitigating against the risk of another major spike.

In the past week, cases in the United States have declined by 20% and are now down to levels not seen since mid-October. There is some evidence that the rate of decline may be leveling off, so we are certainly not out of the woods yet in the United States. On a state-by-state basis, as of Tuesday evening, there are only 7 states that have seen an increased rate over the last week, 7 states which have rates below the 10 cases per 100,000/day rate which is considered representative of only sporadic community transmission, and only 3 states with rates greater than 25 cases per 100,000/day which represents uncontrolled widespread community transmission. These states are New York, New Jersey, and South Carolina.

The only significant news on testing is that it was revealed last week that over 32 million rapid antigen testing kits that the US government provided to the states are sitting unused on shelves and rapidly approaching their 6-month expiration date. Consequently, many states are in reactive mode and are shipping the tests to schools, colleges, and in some cases directly to citizens by request. New data from the CDC states that antigen testing if done frequently enough, meaning several times a week, can equal the screening value of a weekly to semiweekly PCR test. Many are hoping that increasing the distribution of these point-of-care antigen tests can play a major role in identifying potential outbreaks early and quarantining exposed persons before the outbreak can takeoff.

Regarding treatments, there are several new investigational agents that have entered stage II/III trials over the past few weeks but nothing significant entering or near entering routine clinical use. The combination of monoclonal antibodies, steroids, and the antiviral Remdesivir remain the mainstays of COVID-19 treatment.

Real-world studies looking at vaccine effectiveness have confirmed Pfizer’s study findings of 95% efficacy after two doses. In addition, the studies also showed efficacy reaching 85% after only one dose. While this does raise hope that it may be possible to immunize large populations faster by moving to a one-shot regimen until the bulk of the population is immunized. Another study demonstrated that the effectiveness of the mRNA vaccines against the newer strains was significantly greater after a second dose. One dose effectiveness was still acceptable on the order of 50% but this was increased to near the level of effectiveness against the main strain after two doses.

While these studies do show good effectiveness of mRNA vaccines against the new strains, both Pfizer and Moderna are testing reformulations that include specific protection against the newer strains. This could take the form of a recommended additional dose later in the year or next year. The FDA has indicated that as long as the vaccine structure does not otherwise change, such a reformulation would not have to go through the full 3 phase study process prior to authorization, much in the same way as the annual flu-vaccine does not have to be restudied every year.

The other major good news regarding vaccines has to do with production rates. In the United States, approximately 75 million doses of vaccine have been delivered with over 90% of those doses administered. By the end of March Pfizer and Moderna together anticipate they will have delivered 220 million doses supplemented by another 20 million of the single-dose Johnson & Johnson vaccine. By July Johnson & Johnson expects to have delivered 100 million courses with another 300 million from a combination of Pfizer and Moderna. This essentially means that every adult who wants to get vaccinated should be able to get vaccinated before the end of spring. Unfortunately, studies are still showing that approximately 30 to 35% of adults still indicate they intend to decline vaccination, at least for now. Many believe this rate will reduce to 25% as more and more data about the safety of the vaccine is publicized. There are roughly 330 million Americans, including approximately 75 million children. That means there are roughly 255 million adults, or slightly under 200 million that we can expect will accept vaccination. Going through the numbers on that this means that by the end of April we will likely be shifting from denying vaccines until your priority comes up to having to try to convince people to take available vaccines.

This last point becomes a major concern because the 60-65,000,000 adults who turn down vaccination plus the 75 million children who are not eligible for vaccination together comprise about 40% of the population raising the issue that we may have difficulty getting to herd to immunity based on immunization alone. This problem will be mitigated, unfortunately in many ways, because the same populations who have the highest vaccine refusal rate tend to be the same populations that have the highest COVID-19 incidence rate.