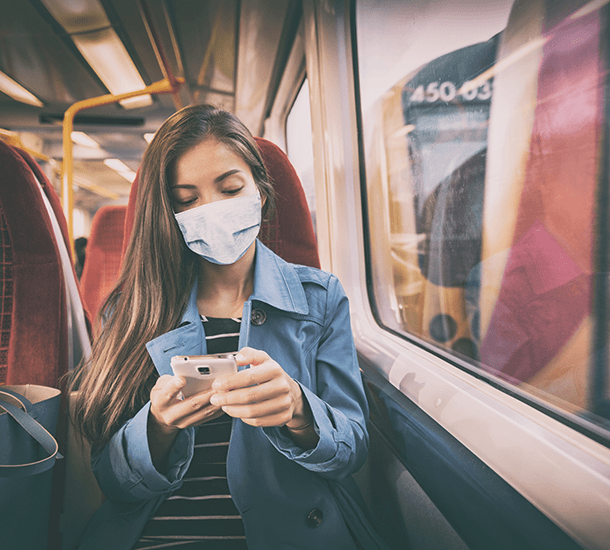 In the United States, COVID-19 case rates continue to decrease although not as deeply as in recent previous weeks. Over the last week, the overall rate of United States is only down by about 5%, but that does not tell the whole story as half of the state’s cases are actually ticking upward again. Of interest, this has not corresponded necessarily to the states in which restrictions have been lifted. In fact, this has not been a red versus blue, North versus South, nor East versus West issue. And some of this has demonstrated that even a 7-day smoothing of the curve is not enough at the state level because we see the national level does continue downward. Only 5 states New Jersey, New York, Rhode Island, Delaware, and Michigan remain at the widespread uncontrolled community transmission level, while some states have dropped into the sporadic community transmission level of fewer than 10 cases per 100,000/day. The rest remain bouncing up and down and that great middle of 10-25 cases per 100,000/day.

In Europe, case rates continue with a slight upward trajectory and now the United States and Europe are at comparable levels. In the United Kingdom, cases continue to drop and are now down to levels only slightly higher than what was seen last summer. Asia generally remains stable at the very low levels that have predominated over the past couple of months although Hong Kong has seen a significant spike in the past week that has resulted in the government cracking down on restrictions once again. There is no good evidence of what is causing this new spike.

What is perhaps more interesting is data regarding very low rates in much of the developing world which was felt to be simply due to poor reporting through most of this pandemic is now being shown to be truly low. The leading hypothesis, with emphasis that it is only a hypothesis, looks at an index of the population body mass index to COVID-19 case rates and finds a very high concordance internationally. This does correspond to observational data in the US and Europe that finds a high body mass index especially in excess of 40 but also in excess of 35 does correspond to worse outcomes. The difference is that in other parts of the world it seems to also be attached to overall case rates. It must be emphasized, though, that this is strictly observational data and as such, has to be taken with a grain of salt.

There is developing information on new treatments coming down the pipeline, but none that are yet available. A number of new antivirals are in phase 2 and 3 trials, some of which seem to have effectiveness and utilization profiles very similar to Tamiflu for influenza. Even with vaccination, we can expect that for the foreseeable future there will be some breakthrough cases, so having these new antiviral therapies will be useful. In the meantime, steroids and Remdesivir continue to be the mainstay for treatment of hospitalized patients with monoclonal antibodies playing an important role early in the course for at-risk patients, of whom there are fewer and fewer as the at-risk patients are the first ones completing immunization.

The pace of vaccination is starting to pick up now averaging nearly 2-1/2 million doses a day which is a 13% increase over the previous week. Around 74 million Americans have received at least 1 dose of vaccination, with about half of that fully vaccinated. Almost 150 million doses have been distributed in the United States. The track record has been that the US is able to administer about 80% of distributed doses by the end of each week which means that over the next week we should get up to about 80 to 90 million people who have had at least 1 dose.

The president of the United States said earlier this week that he expects that by May 1st every willing American adult should have either had or have a near-term appointment for their first dose of vaccination. The big question that this brings up, is whether this will be adequate to reach herd immunity. Authorities have been moving the goalpost on this at one point saying 60-70%, and now saying 80-90% or even higher due to the new variants.

The debate that this is going to create in the US is that once all willing adults have access to the vaccine, does social interaction and economic activity still need to be limited in order to minimize circulation of the virus primarily for those who have access to the vaccine but choose not to take it. A consideration is the 75 million children who are not eligible for the vaccine, but we already know that the severe disease and death rate in children is exceedingly low and we do expect access to vaccination for a large percentage of these children by later in the summer.

This last week has seen a significant speed bump in the road the vaccination in much of the world outside of the United States. Some post-vaccination analyses demonstrated a concern for cases of blood clots following vaccination with the AstraZeneca vaccine only. At present at least 13 European Union member states including Germany France and Italy have suspended the use of the AstraZeneca vaccine because of this concern. This developed following reports of about 30 cases of clot-related disease which includes deep venous thrombosis, pulmonary embolus, and strokes out of the 5 million people who have received the AstraZeneca vaccine in Europe. The public health agency of the United Kingdom and the European medications agency both have looked at the data and say that if anything, this number of clot-related diseases is much lower than that that would be expected in a matched unselected population over the same time.

At present this appears to be a crisis of confidence as opposed to an actual medical crisis. The original studies commissioned by AstraZeneca in different parts of the world were not as coordinated on methodology as were the studies on the mRNA vaccines and in fact, there were several errors made during the studies that resulted in difficulty interpreting the data. The sum of the data does appear to be consistent but even the United States Food and Drug Administration had concerns about the studies and has insisted that AstraZeneca complete a round of strictly controlled US-based studies before going for approval in the United States. Importantly the studies have been completed and results are anticipated in the very near future. If the studies confirm the findings of the other studies used in the United Kingdom and European approvals this should go a long way toward putting these issues to bed, but the question will be whether European public health authorities and AstraZeneca, can win the PR campaign. Fortunately, there do appear to be many other countries including Australia and New Zealand who are very happy to have the AstraZeneca vaccine.

Lastly, what it means officially and what it means practically to have been completely vaccinated. All of the currently authorized vaccines are almost completely protective against severe disease and death additionally they are all, highly protective against any symptomatic disease whatsoever, except possibly with regards to the South African variant. The data is increasingly good that full vaccination significantly reduces the likelihood of becoming infected or infectious although there is still concern especially regarding the South African variant and the ability to be infectious with that.

Public health authorities are still concerned with driving down transmission levels as low as possible to reduce the likelihood of new variants and also to reduce the likelihood of transmission of existing variants. For this reason, many controls will likely remain in place until case rates reduced to negligible levels, but that reduction should happen as we move through the spring. So, this means we can still expect to be wearing masks in public and to be encouraging decreased indoor density for a period probably measured in months although not likely throughout the summer. But as more and more people are immunized, it will not be at all unreasonable for immunized people to have social gatherings, and for indoor densities including offices and public venues to increase, as larger numbers of people are not at risk of disease.