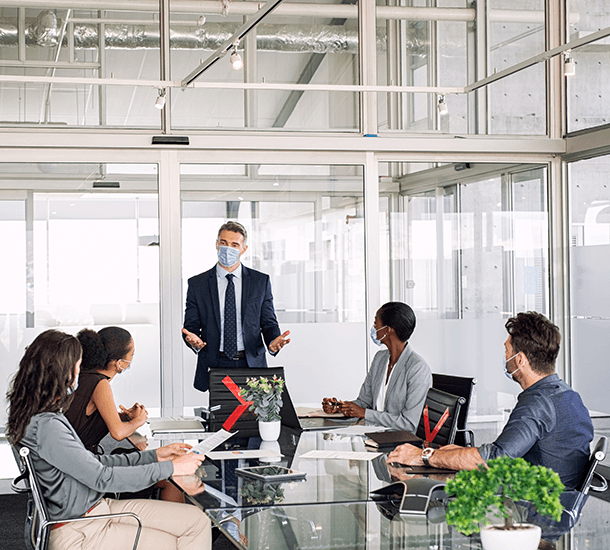 Rates in the United States and Europe continue to decrease, while case rates in India are down to about 1/6 of what they were at the peak of their outbreak. Asia is otherwise relatively stable, apart from Bangladesh which is seeing a clear uptrend as the Delta variant takes hold there. Africa has still not had the major outbreaks that were at one time expected. In fact, the only large area of the world having significant uncontrolled case rate issues is South America. Just as one South American country begins to get its epidemic under control, the outbreak takes off someplace else.

While there are still major issues with vaccine availability in much of the developing world, in the more economically developed countries, the bigger difficulty is convincing people to get vaccinated. New hospital data released from US CDC, shows less than 1% of hospital admissions for COVID disease are occurring in people who have been vaccinated, and even within this 1%, there are significant comorbidities that are almost always contributing to the hospitalization. In the 99+% of people who are hospitalized and unvaccinated, the proportion of people without any comorbidity is steadily increasing as more and more at-risk people are vaccinated. Thankfully, overall hospitalizations and deaths continue to decrease, but the delta variant does appear to cause a slightly higher rate of hospitalization in younger people. Unfortunately, as COVID case rates continued to go down, people who are unvaccinated often see less and less reason to get vaccinated. Over the last week, this has not been the case in the United Kingdom as the Delta variant has driven a near tripling of the case rate. As younger people take notice of this increase, they are once again concerned for their own health. The result of this is the vaccination rate has started to climb again increasing from a low of less than 100,000 vaccinations per day back up to nearly 200,000 vaccinations per day. As of this week, all adults in the UK are eligible for vaccination, so this current upswing in cases may be short-lived.

With this uneven impact of COVID around the world, a common question is: Will travel for non-essential purposes be allowed. Several reports coming out of the EU indicate that Europe will be open to American travelers likely over the next few days and almost certainly by the 1st of July. What is less clear, however, is whether that means that vaccination will be required. So far, most countries have been avoiding differentiating between vaccinated and unvaccinated travelers because of the difficulty, especially internationally, in verifying vaccination status. Once countries have reached a point where everybody who chooses to be vaccinated has been vaccinated, there will likely be less concern about verification as the only people who will be at risk will be those who have chosen not to be vaccinated.

In terms of inbound travel to the United States, because of these complexities of verification, a traveler’s vaccine status has had no bearing on their requirements for testing or quarantine. The US White House announced at the end of last week a joint international working group between the United States, the European Union, the United Kingdom, Canada, and Mexico that will be meeting over the next couple of weeks to develop joint policies and procedures for allowing the return of nonessential travel.

The announcement of reopening the European Union to US travelers will create significant international diplomatic pressure on the United States to allow inbound travel by visitors who do not have an essential purpose for the travel. No timeframes for reopening the United States to non-essential international travelers have been announced but, it is likely that over the course of July some degree of reopening to European and United Kingdom travelers will be permitted.

A major developing issue in much of the world including the United States is how can vaccination status be adequately proven. The main issue is how to address documentation fraud. The actual shot card that people receive when they are immunized is trivially easy to forge. The data on vaccinations are typically entered in governmental databases and are not easily accessible for verification of vaccine status. Some state-level entities such as New York are attempting to develop systems to address this concern about verification, but as would not be unexpected for a government system, they are running into cost overruns, mission creep, and failure to meet deadlines. Several private entities are moving into this area in attempting to link together verifiable identification along with a verifiable document showing vaccine status. An example of one of these is MyVaxCard, which links a verifiable identifying document such as a driver’s license, with the same name vaccination document, and a picture of the document holder to provide recipients with some degree of confidence that vaccination status is as asserted.

In the short run, there are going to be activities and locations that will use proof of vaccination for a more comfortable reopening, but in the longer term, the concern regarding proof is going to become less important as vaccination is increasingly available at will.

The novel Novovax vaccine which is a totally new approach to vaccination, released its’ full study data this week, demonstrating efficacies just slightly less than that of the messenger RNA vaccines, along with an excellent safety profile. The United States Food and Drug Administration will likely authorize this vaccine around the end of the month. However, it is not likely that this vaccine will ever be used in the United States because there are more than adequate supplies of the Moderna, Pfizer, and Johnson and Johnson vaccines. This new Novovax vaccine has much easier transportation and storage requirements so will be much better suited for areas of the world that require a much less complicated logistics arrangement. Unfortunately, another vaccine, CureVac, from Germany, which also had the promise of easy logistics, failed to demonstrate adequate efficacy in its pre-authorization studies and will likely be dropped.

The Delta variant, originally termed the Indian variant, was clearly responsible for the huge wave that was seen in India but also for the resurgence being seen in the United Kingdom. Over the last few days, estimates are that it is responsible for 10% of all new cases in the United States. Because of the molecular geometry of this variant, it does more effectively bind to the key receptors in the body leading to higher levels of the virus within an infected person. This, in turn, can lead to more severe disease and, as importantly, greater infectivity. It does not seem to have a major change on the actual risk groups, and most importantly, all of the current vaccines have demonstrated adequate effectiveness against this strain both in terms of disease, severe disease, or death. Major authorities in both the US and Europe characterize this as a race to get enough people vaccinated before Delta does in those areas what it is doing in the UK with a return to elevated rates. So, for anyone who has been on the fence about getting vaccinated, the threat of this variant and the effectiveness of vaccination should hopefully be enough to push people off the fence so they get vaccinated as soon as possible. With adequate vaccination levels, the delta variant will be a non-issue, but if the United States and Europe do not get ahead of it, the recent positive trends will be at risk.