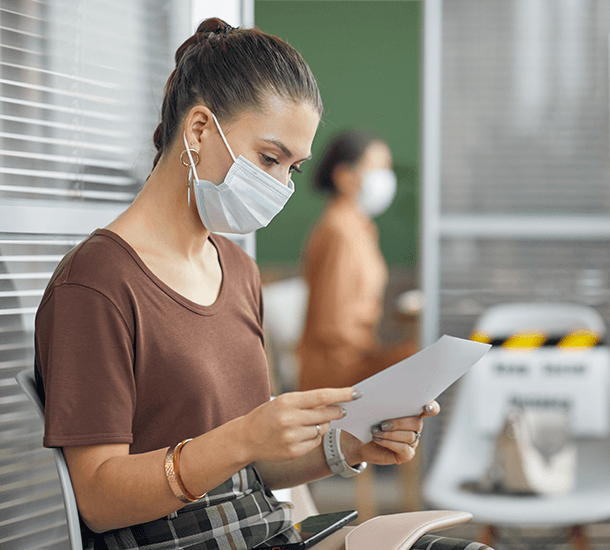 The US data continues to be going in the right direction with cases decreased by another 10% this past week. Death rates have remained somewhat flat, reflecting the mini-surge the US saw last month. Overall, the levels of both are similar to last fall, before the case rate went up with the year-end holidays, but after the medical system had learned how to better manage the more critically ill patients.

Vaccine availability has now clearly made the shift from short supply and rationing to oversupply and looking for takers. The daily vaccination rate peaked at around 4M vaccinations per day in early April and is now averaging right around 2 million per day. This decrease does not represent supply issues as all factories are now back to full production and Johnson and Johnson vaccine is back in use. So now, the shift is to education and marketing to get people to roll up their sleeves. The result is that most states and major cities in the US are accelerating reopening plans, despite the fact that we know we are not yet at herd immunity. At present, there are no states requiring testing or quarantine for domestic travel for fully vaccinated people and only 7 states with any travel-related quarantine requirements for those not vaccinated. Note that testing 72 hours prior to entering the US from international destinations is still required, without regard to vaccination status. This is a continuation of the effort to prevent the entry of additional variants into the US.

The United Kingdom is consistently below 2000 cases per day, which is 3/100K/day and continuing to decrease. Vaccine uptake in the UK, however, is waning, similar to the US. No significant additional relaxation of restrictions have been announced, although many anticipate additional reductions in the near future. All travelers to the UK are still required to quarantine and test on arrival with travelers from high-risk countries, especially India, required to quarantine in government-controlled facilities.

Europe is continuing a slow downward trend in cases, but still at levels well above those seen last summer and early fall. The vaccine rollout is finally starting to gain ground with most countries not seeing the vaccine supply shortages that stifled vaccine program growth earlier in the year. This raises hopes for Europe starting to see the early herd immunity effects of a high level of vaccinations over the next few weeks, but for now, rates for at least one vaccine dose are only in the 20% range for most of the continent as compared to the high 40s in the US and over 60% in the UK. For people wondering about travel to Europe, the EU announced this week that no later than June 1st, they anticipate opening inbound travel to those who are fully vaccinated and people from countries with lower disease rates.

In Asia, South Korea beat a small increase in cases but is still at only around 1 case per 100 thousand per day. The vaccination program in Korea is still early, but about 7% of the population has had at least one dose. Hong Kong has applied stringent social controls to keep the rate at bay in the city, with most recent days seeing low single digits of total cases for the whole city. Additionally, 1 out 7 residents have received a vaccination, although many with the less effective SinoVac vaccine. Pfizer-BioNTech is also available in the city. Singapore also remains fairly flat at a low single digits per 100k/day. The vaccination rate is similar to Korea at 7% having had at least one dose.

A big concern in Asia continues to be Japan with an ongoing significant upward trend over the last 8 weeks. A large part of this may be due to the newer and more infectious variants, but it is also due to the low vaccination rates. The reason for this is multifactorial, but at the root is a long deep-seated distrust of vaccinations culturally. This has resulted in no significant domestic manufacturing capability and an R&D capability hamstrung by a population disinterested in participating in studies. Consequently, Japan has had to import most vaccines, and currently, most countries are focused on domestic services. Getting an effective vaccine program in place is going to be crucial for the Olympics.

The world’s biggest concern right now is India where reported rates are in excess of 30 cases per 100k per day, with an expectation that the real rate is higher… potentially much higher. The death rate is not out of proportion to what is seen in most of the rest of the world, running at about a 1% case fatality rate. But, in a country with disease rates as high as is being seen and a 1% death rate, and a preexisting shortage of intensive care capability, this is very concerning. Shortages of oxygen and medicines persist, but the vaccine program is picking up with 10% having received at least one dose. The nation has shifted to a first dose emphasis to help get this outbreak under control. India has two approved vaccines, AstraZeneca and another, Covaxin, developed in India. Both have excellent (near 100%) protection against severe disease and death, but with the India-developed Covaxin vaccine, the protection against infection or mild disease is lower than the mRNA vaccines.

Other important news this week is that the Pfizer-BioNTech vaccine has been approved in Canada for ages 12 and up and the US looks to follow suit next week and the EU and the UK later this month. As previously noted, the numbers looking to receive a vaccine are starting to wane in the US and UK, so including this age group will greatly help to get to herd immunity levels. Vaccines for younger elementary school kids will likely be approved just in time for the return to school in the fall, paving the way for school-based vaccination programs similar to what many adults will remember from their school days.

Is the vaccine safe for my children?

Worldwide, we have administered over 1 billion doses of vaccination with an excellent safety profile, especially for the mRNA vaccines, like Pfizer. In the studies on children, the positive immune response has actually been increased without any evidence of immune system irregularities. This appears to be a good vaccine for children and raises the likelihood for a completely normal upcoming school year and decreases the time to get to herd immunity.

What is the likelihood of a booster shot being required?

One important initial concept is that the term, “booster,” is used to mean 2 different things:

Did we waste time and money on our efforts to clean and disinfect just about everything over this last year?

No, an important contribution of all that effort was that we had essentially NO flu season this year. Flu, over history, has had perhaps the greatest impact on society of any infection. Flu is primarily transmitted by “fomites” (infected particles on surfaces) and by doing the cleaning we did, we kept from getting a double whammy of COVID and Flu. Yes, the cost of all the cleaning may have exceeded the first-order economic benefits, but taking that flu threat off the table was huge, especially considering the magnitude of the COVID surge right in the middle of the typical flu season.

← Prev: COVID-19 Statistics, Variants, and the Johnson & Johnson Vaccine Next: This Week on COVID-19: Case Rates, Vaccines, and Reopening →