COVID-19 Epidemiology and the Delta Variant 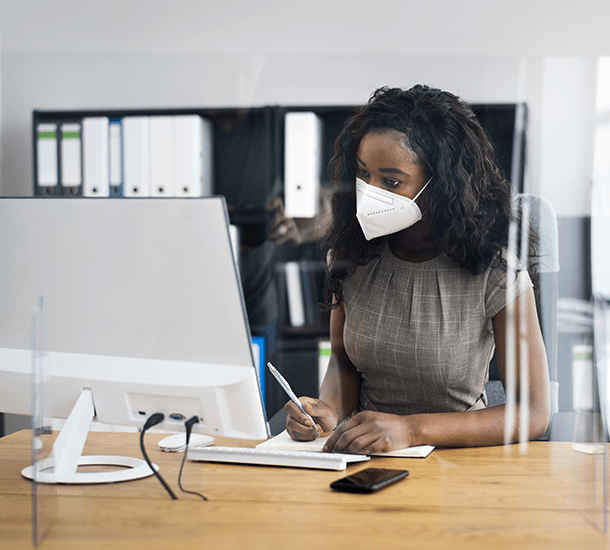 As of this week, the Delta variant has become the predominant strain in the US, just as it is in the UK and in nearly all of Europe. There was sensationalized news this week that “Delta is eight times more infectious than the original virus”. Many media sources portray this as if it is earth-shattering news. The real message is that the vaccines are still effective. Here’s where that “eight times more infectious” came from: The Pfizer vaccine was originally found to be a little over 95% effective in preventing symptomatic cases of COVID. With the delta variant, the protection against symptomatic disease dropped to about 64% or a little less than 40% risk of breakthrough. Throw in some rounding and 40% is eight times 5%, so there is the “Eight times more infectious.” The more important number, however, is the protection against serious disease or death. For those criteria, there is little clinical difference. With both the original virus as well as the Delta Variant, the vaccines are almost completely protective against serious disease and death. The media will always be able to find very sad cases of otherwise healthy people who were vaccinated yet got very sick because of the Delta Variant. But, on a population basis, with over 3.2 billion vaccines administered, the effective percentage of vaccinated people who get seriously ill or die still is very close to zero. Unfortunately, even a tiny percentage multiplied by 3.2 billion is still noticeable, but on a real risk basis, it’s negligible and everything we do to manage this pandemic has to be based on risk calculations.

Another statistic that is getting thrown around is that Israel noted that half of its new cases are in vaccinated individuals. Two important things to keep in mind about that statistic: First, vaccinated individuals, as noted above, are almost completely protected against severe disease, while in unvaccinated, there is some evidence that Delta has a greater propensity to cause severe disease, including in younger people. So, comparing infection rates in vaccinated versus unvaccinated is comparing apples to oranges. Second, the “half of cases” is a lousy measure by itself. In Israel, nearly 80% of the population has had at least one dose. So that leaves around 20 percent unvaccinated. On Tuesday, there were about 500 cases in the country or at the 50/50 ratio, that’s a rate of around 13 per 100 thousand per day in unvaccinated, versus a rate of 2 per 100 thousand per day for the vaccinated population. The real difference is actually much greater than that because children are counted in the denominator for the percent of the vaccinated population, but account for very few of the documented cases, either vaccinated or unvaccinated.

Today’s headlines are that COVID cases rose to a 6 week high on Tuesday in the United States. What was not reported was that case counts Sunday and Monday were the lowest since the epidemic started last March. People simply didn’t bother testing over the holiday and many reporting systems were not working, so the numbers all got reported on Tuesday and Wednesday. To be sure, the case count has flattened, but the actual US 7-day trendline, is basically flat, although trends are up in 29 of the 50 states. Remember though, we have really reached the end of the utility of simple case counts. Now that there are two distinct populations, those who are vaccinated and those who have chosen not to be vaccinated, with very different dynamics for both numbers of cases, and what those numbers mean. For people who are vaccinated, getting COVID is primarily a nuisance, much like flu – usually even less – and it happens at rates comparable if not lower than flu during a typical flu season, although these people do still present some risk to people who are not yet vaccinated. For people who have chosen not to be vaccinated, their risk is actually much higher than the overall number would lead you to believe and their risk of severe disease, if they do get ill, is as least as high as with the original strain: About 85% will do fine, 15% will need medical care, and 5% will need hospital care, with a case fatality rate of between 0.1% and 1% depending on age…even higher with comorbidities. What is not being reported routinely is the case, death, and hospitalization rates differentiating between vaccinated and unvaccinated. There is a discussion of publishing rates in this manner, but the CDC is concerned that they will not have accurate data on the vaccination status of newly diagnosed patients for this to be accurate enough.

In the UK, COVID cases are up from about 1700 per day in early May to around 25,000 per day now, an increase of 1500%, while hospitalizations have only increased by about 100%, and deaths by 50%. Of course, any death is bad, but at this point, they are almost all preventable by vaccination. Despite these increases, the UK, or at least England, plans to go ahead with their next phase of reopening towards the end of next week. They are basing this on the effectiveness of the vaccine and the lack of utility in keeping the country locked down when vaccinations are freely available.

In Europe, case rates have continued steadily down, with only early evidence for a Delta-related wave so far. The EU has been running a couple of weeks behind the UK consistently, so it will be important to watch developments. Up until this week, it appeared that Europeans have seen what Delta can do in the UK and they did not want to follow that, so both first and second shots were going well in Europe. Over the last few days, however, health ministries are reporting drop-offs in vaccinations… just as the continent is starting to see effects of Delta. For now, the EU has greatly expanded the list of countries whose citizens (at least those who are vaccinated) are allowed to visit, notably excluding China. They are facilitating travel through approval and expansion of the EU digital COVID Certificate for proof of vaccination status. This does not yet apply to travelers from outside the EU but stay tuned.

In Asia, Korea has maintained a fairly flat curve, while Japan appears to have arrested its increases from last month. They are still working out the system for spectators at the Olympics with continued consideration for minimizing mixing between crowds from different countries however, the potential for no spectators remains on the table. Hong Kong remains at single-digit total cases per day for the whole city, but there are significant fears because the main vaccine used in Hong Kong has been the Sinovac vaccine which has demonstrated lower efficacy especially against the Delta variant. Singapore has kept case rates in the low double digits of total cases (negligible on a relative level) by strict application of disease control measures.

Apart from Singapore, which has had a very robust vaccination program, vaccines have been moving slowly in Asia, although as in other areas of the world the rise of the Delta variant has started to push those on the fence to get vaccinated.

India appears to have beaten back the huge delta driven surge in cases, although the nation has plateaued at the still large number of about 50K cases per day, however, that is only about 3.5 cases per 100 thousand per day – far better than where things stood just a month ago. 22% of the population has had at least one vaccination, which is still not enough to get them out of the woods. India’s neighbor, Bangladesh is still in the midst of a surge, with little end in sight as the Bangladeshis have had significant difficulties in acquiring vaccines.

← Prev: COVID-19 Mutations and Risks of the Delta Variant Next: COVID-19 Epidemiology and Common Questions →