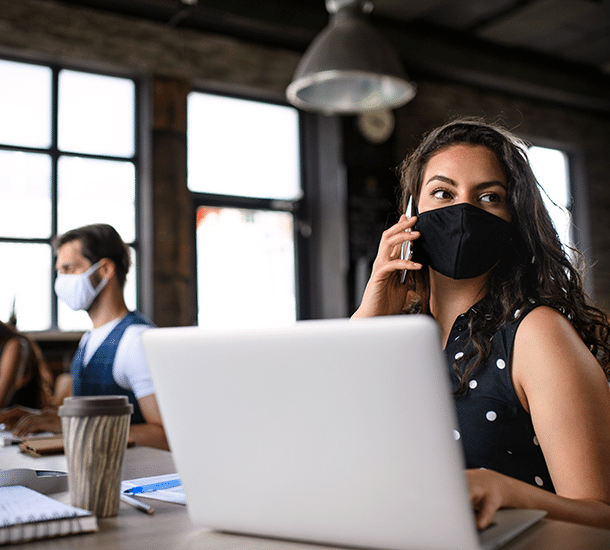 Cases, hospitalizations, and deaths continue to decrease across both North and South America. Europe has also turned the corner, but not as steep a decrease as in the Americas and the number of known cases still far exceed the number of cases during the previous waves of last spring and fall. With the exception of about a one month period in the UK in the early part of this year, the recent reductions in mask requirements and reopening of indoor venues have not been associated with stagnation in the rates of decline, so with that evidence in hand, more locales are peeling back layers of restrictions, and some States of Emergency are being allowed to expire (although not in the US as a whole, where President Biden announced the continuation of the national state of emergency past March 1.)

Why we are seeing case rates continue to decrease despite the relaxation of mitigations is explained by two main factors. One is that so many cases are not being reported anymore although health officials attempt to adjust their reports to account for this. But the second and important reason is herd immunity, a term that we haven’t heard discussed much recently. Current estimates are that the US has exceeded 90% of the population with a significant degree of immunity. A year ago, we would have said that was enough to reach true herd immunity, but then Delta and Omicron taught us that with COVID, immunity from infection and immunity from severe disease are much different than most other vaccine-preventable illnesses. It means that while 9 out 10 people are protected from serious disease and death because they have either been vaccinated or have had COVID, many of them are still susceptible to being infected and becoming infectious (although at a lower level of infectiousness). Some seize on that to allege that vaccines are not effective, but as long as we can protect against severe disease, long-term consequences, or death, then vaccines are doing their job and we can begin to move from collective protection with masks and mandatory low density in places and events, to individual decisions on masking, avoidance of crowds, etc. And even where vaccines or prior illness do fail to protect enough, we now have effective treatments including antivirals and monoclonal antibodies that can reduce the risk even further.

Going back to cases for a moment, however, while the World Health Organization reports that the average caseload for the whole world is decreasing, South Korea and Hong Kong are still in the midst of their omicron waves, with the Chinese Communist Party mandating increasingly harsh mitigation measures including quarantine farms and separating children from parents. Singapore and Japan look to have turned the corner, but neither are steeply down as in Europe and North America. This may be related to the relative decreased proportion of natural versus herd immunity since both of these locations have had very little natural spread of COVID until now. This may be evidence that widespread natural immunity does have an important role in protecting a population, but that will be an argument for the ages: specifically, would the course advocated by the Great Barrington Declaration in mid-2020 have been a better way to go, with strong protections of the vulnerable and otherwise allowing the virus to spread in young healthy populations who were at lower risk. One of the strongest arguments against that, however, is that even today, the bulk of deaths directly attributable to COVID are occurring in relatively healthy adults in their 30s and 40s, who have not been vaccinated.

The first item is related to whether we will need another booster dose in the fall or earlier. Late last week, we learned that the FDA was actively looking at authorizing a second booster dose of a COVID-19 vaccine in the fall. Sources close to the FDA said that the agency “has been reviewing data to authorize a second booster dose of the messenger RNA vaccines from Pfizer Inc and partner BioNTech as well as vaccines from Moderna.” Yesterday, however, a major New York Times article cited multiple studies showing that while antibodies against COVID do drop off over several months, in those people who have had a booster or a combination of vaccination and natural infection, cellular immunity, which effectively reduces the risk of severe disease or death, remains strong for months, if not years. These most recent studies have shown that cellular immunity against SARS-CoV2 is behaving very similarly to cellular immunity in survivors of the original SARS virus with durability now out to 17 years. It still may be best for those at the highest risk of severe disease to get a second booster in the fall, but the likelihood that we will all need boosters is much lower.

One of the data sets that has not been released addresses the relative effectiveness of boosters versus just complete primary series in preventing severe disease and death. We have been primarily relying on Israeli data to make the strong recommendation that boosters are important, but the relative importance of boosters for younger people is still an open question. Based on the Israeli data, we are fairly comfortable recommending boosters for all adults, but we do pause when we hear that the CDC has US data on that issue and has chosen not to release it. Some data from other sources have questioned whether boosters for younger adults have enough benefit, but for now, the preponderance of the available data does support boosters for all adults

The next interesting finding announced this week came from a thorough analysis of COVID data related to a 50,000-person convention in New York City just as omicron was breaking out. Despite evidence of omicron infections at the event, this convention did not become a superspreader event precisely because they did apply the “Swiss Cheese” multi-layered protection approach. There were transmissions at the event, but each potential chain of transmission or potential superspreader setting was disrupted by one or more layers of protection, and different layers played more or less important roles in different settings. For people or organizations that do want to host events, this gives excellent evidence that you can have events safely if you do apply layered protections.

Moving on, as expected, life insurers have reported a significant increase in the number of death benefit claims over the past 2 years, but unexpectedly, a large portion of the increase in deaths has been due to conditions other than COVID. Unfortunately, many have been related to an inability to get care during the height of COVID in 2020, but since then, most have been due to a combination of delayed diagnosis as people avoid the healthcare system and people under treatment not getting these treatments on an optimal timeline. Some of the excess deaths may just have been brought forward from the next couple of years, but take a case of someone who put off getting a colonoscopy and by the time they got it, or worse, started to have symptoms, it was too late to reverse course on a cancer. The moral of the story here is to make sure you are getting the appropriate preventive medicine screens that you need and if you are under treatment for any condition, get with whoever is the quarterback of your care and make sure you’re getting all the appropriate checks and treatments in a timely manner.

In yet another development that casts doubt on the actions of the US CDC, the agency acknowledged this week that they have been withholding various aspects of data and statistical analysis because of fears that the data could be misinterpreted. In other words, some data may not have been completely consistent with the public health message that CDC was trying to send, so they buried it. A specific example of the problems that developed from this was the revelation that roughly 3 out 4 people hospitalized after the major outbreak in Provincetown, MA last Labor Day were vaccinated. The CDC tried to withhold this data because they thought that people would misinterpret this to believe that vaccines were not preventing hospitalizations. The real problem was that despite having the data, CDC was not releasing hospitalization versus vaccination rate data for communities. Had this been a standard release, it would have been evident that this community was one of the most highly vaccinated in the country, so someone’s chance of hospitalization if vaccinated was still approximately one-fifth that of someone who was not vaccinated. The learning point here is that there are statisticians throughout society and while crowdsourcing the analysis by releasing more raw data may result in some cherry-picking to tell the desired story, sunshine is still the best way for the real story to get out. The CDC does not have a lock on health statisticians, and may, in fact, be hampered by the requirement for so many layers of data and analysis review.

Outpatient treatments are beginning to be more easily accessible. Many providers and pharmacies are now reporting that Paxlovid is easier to source. Unfortunately, in many cases, it is the major hospital systems that were able to corral doses, so often that means entering these systems’ outpatient networks rather than community-based providers to make access easiest, but that combined with the decreasing number of cases has led many states to start removing prescribing restrictions on who can get Paxlovid. Still, it’s best reserved for those who have increased risk, but as with so many things with COVID, that definition of increased risk will continually expand until it’s widely available to anyone who contracts COVID, but not yet. The second monoclonal antibody cocktail that is effective against omicron is also starting to get out to the field, so that is the best option for the many people who are blocked from Paxlovid because of kidney disease or one of its’ many known drug interactions.