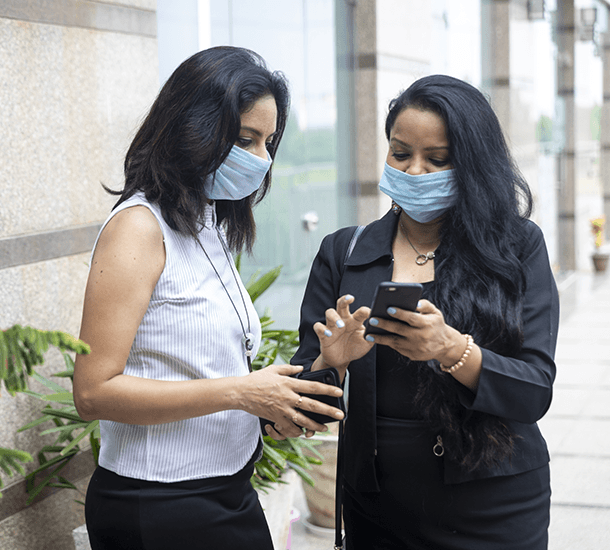 Last week, we expressed optimism that current case trends were appearing to peak in much of the world. Another week of data supports this assessment with the global trend of cases down over 10% and deaths down nearly 20% since the last week in August. Of course, as we have since from the beginning, we cannot assess this as a global pandemic but only in terms of a series of linked regional epidemics. Still, a decrease in the global disease burden is important because the lower the number of cases globally, the lower risk for new variants, the lower the international disease burden, and the lower the impact on the global economy.

Within the death data, however, there are some interesting findings. The highest reported daily deaths continue to be in North America with over 0.4 deaths per 100,000 over the last 7 days. Europe, the Middle East, and Latin America are all similar at between 0.2-0.3 deaths per 100,000 per day while Asia and Africa have far lower death rates with Asia at 0.08 per 100,000 per day and Africa at 0.05. While some of that difference could be reporting error, especially in regard to the Chinese data, in Africa it is doubtful that the full difference of 8 times can be explained completely by reporting differences. Theories for the difference include a relationship to population-wide obesity rates which fairly well parallel the national level death rates but major questions also have been raised about genetic differences in response to the virus bearing some responsibility.

Briefly touching on specific countries we have been following closely: India and Bangladesh are completely through their peaks and stable at a low level of transmission, South Korea is stable at around 3 cases per 100k per day, Japan has seen a steady drop to levels around a quarter of the peak seen during the Olympics, Singapore continues up on a new peak that looks steep on graphs, but still at a nearly negligible absolute level, and in Hong Kong, COVID is virtually non-existent.

Globally, a concerning finding is data relative to Israel. Israel has one of the highest percentage vaccinated populations in the world with approximately 70% of the population having had at least 1 vaccine, but they are seeing nearly 1 new case per 1000 per day (100 cases per 100K per day, higher than all except 4 US states), and the highest rate of any major country in the world. Hospitalizations, however, have continued to decrease. One thought is that since Israel had one of the earliest mass vaccination programs in the world, the immunity against infection is waning, but the protection against severe disease has been maintained in the face of a greater overall viral load in the nation. Over 50% of Israelis over age 40 have received a booster dose, so if the hypothesis is correct, we should begin to see a downtrend in cases soon and a continued downward trend in hospitalizations.

While cases in the United States did not see a clear peak as we had hoped for over the week prior to the Labor Day holiday, the current trend is no worse than flat and may, in fact, represent a slight downturn. Some states that were considered some of the hardest hit in the most recent surge including Florida, Georgia, and Mississippi, have seen the greatest downward trends although their case counts still far exceed what would typically be thought of as widespread uncontrolled community transmission. In fact, every state in the US is above the level that under the most recent CDC guidance would be considered substantial community transmission. Hospitalization rates have essentially paralleled the case rates, but keep in mind that hospitalization risk is about 86% less for vaccinated people, while the risk of symptomatic infection is only about 65% less. Since almost 55% of the population is vaccinated, this means that the vast majority of the burden of disease and hospitalization is falling on the unvaccinated, but that should not be news to anyone who has been following these updates.

Hospital systems in much of the United States are still reporting capacity issues related to COVID, although some key areas, including Texas, New York, California, and Florida were either never in crisis mode or are beginning to revert to near-normal operations, with a higher percentage of those patients admitted primarily for COVID having lower disease severity ratings, thus less impact on the operational capability of the hospitals.

A difficult issue associated with the side effect of this apparent lower threshold for admission is that some people who would benefit from monoclonal antibodies end up admitted instead, and once admitted, the specific terms of the emergency use authorization preclude the use of monoclonal antibodies. We have made this point before, but if you or someone important to you is diagnosed with COVID, find your local facility that is giving this treatment and get it as soon as possible after diagnosis. Unfortunately, this is not always easy despite very straightforward high-level recommendations.

Since the United States President’s announcement that a program for booster shots will begin on September 20, the picture on boosters has become less clear. Earlier this week, a formal internal advisory report from the US Food and Drug Administration said that the data did support boosters for the general population. From our analysis, for Pfizer at least, the data is still good that boosters are likely beneficial for many people, somewhat proportionally to age, beginning about 6 months after completion of the initial vaccination series. Likewise for Johnson and Johnson. In fact, Johnson and Johnson likely should have been a two-dose series from the beginning, but since immunity with Johnson & Johnson was adequate, even if not optimal, having the option of a single-dose vaccine especially targeting hard-to-reach populations was felt to be a reasonable tradeoff. At this point in the epidemic, however, Johnson & Johnson will likely move towards a two-shot basic recommended series, with one shot being allowable in limited circumstances. Data on Moderna is still indicating that a booster is not likely necessary, although the company has recently stated that its data indicates that decreasing immunity does happen and that a booster at some point, yet to be defined, will likely be beneficial.

In any event, the FDA vaccine committee meets on Friday of this week to put together a recommendation to the FDA Commissioner. We have not changed our position on boosters since last week. People over 75 will likely benefit from boosters, especially if they received Pfizer or Johnson & Johnson. People over 65 may benefit, and for everyone else, especially those who received Moderna, we suggest waiting to see how this all plays out. We still have few updates on the ongoing work on re-engineered vaccines that more closely target Delta.

One note from the President’s plan to combat COVID announced last week is that a major component of his plan is testing. In echoes of the testing issues of last winter, the easy-to-use OTC antigen tests are once again in short supply. The President announced that antigen tests will be sold at cost at major retailers for the next 3 months and they will be available free from certain community resource centers. Unfortunately, the supply of these tests has all but dried up, at least in retail channels, partially due to the diversion to the free community-based government-controlled channels. PCR testing is still widely available, but at 5 to 10 times the cost. Speaking of PCR testing, do not fall for the widely circulating claim on various social media sites that the FDA has revoked the EUA for all PCR kits. It is true that some PCR test kits have been recalled, but this is a normal process and these recalls have almost all been due to updates to a specific test that has improved the test enough that the FDA and the company determine it is better to recall the existing kits rather than muddy the waters with older kits.