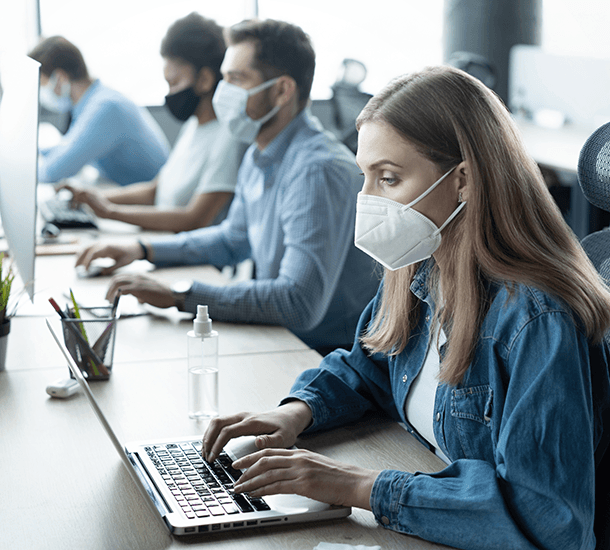 A major focus right now is what is going on in the United Kingdom. Case rates are continuing to climb steadily, now approaching near 100 cases per 100 thousand per day. Hopeful models from the British NHS that we discussed just after Thanksgiving were blown apart by Omicron, or, as the Prime Minister put it, “No one should have any doubts: an Omicron tsunami is coming.” But this wave has very different characteristics compared to the previous one. Projections currently have Omicron becoming the dominant strain before Christmas and potentially crowding out all other strains by very early in the year. Despite those increases, hospital demand has been fairly flat, and deaths have been steadily decreasing. One could argue that we are still seeing pre-omicron data as it relates to hospitalizations and deaths, but the anecdotal reports support that the severity of Omicron is much reduced versus Delta. Still, with the number of cases in the UK, even if there is a 30% reduction in hospitalization rates, as has been seen in South Africa, the case rate should result in a bump in hospitalizations over Christmas week and possibly increased deaths in the first weeks of the new year, despite the actual rates of both being much reduced.

In the EU, Delta remains the dominant strain, although omicron is steadily increasing and projected to become dominant within the next month. Current case rates are mixed throughout Europe, with countries that had low immunization rates, but high case rates in the early fall (mainly Eastern Europe) seeing lowered case counts, while western European nations where immunization programs were strong earlier, now seeing increasing case rates as their residents are farther out from initial immunizations with slow programs for boosters and the beginnings of omicron related impacts.

In Asia, omicron has not yet had a major impact, although early cases have been identified, and with what we are seeing in other regions, it will not take long for omicron to have case rate impacts. South Korea and Vietnam are still seeing increasing cases with significant levels in Vietnam and moderate levels in Korea, while Japan and Bangladesh have negligible case rates and Singapore is returning to near negligible levels. India remains low, and cases in Australia and New Zealand remain low without evidence of omicron impact yet.

The middle east remains at very low case rates, including rates that round to 0 in Israel, where a robust booster program eliminated a spike seen in late summer.

Finally, in the US, case rates are flat. While there were many data anomalies due to the Thanksgiving holiday, the overall trend has been just very lightly upward, and more states are showing decreases in case rates than those showing increases. The US did not see a major post-Thanksgiving surge as many pundits had projected, although the steady decrease that was experienced since the beginning of the fall has ceased. The big question is whether the flattening is the effect of the holiday on top of an otherwise continued downtrend or if we are seeing the beginning of a winter surge with omicron poising to throw fuel on the fire. As of last weekend, omicron only represented 3% of COVID cases, so it does not appear that any flattening was due to omicron pressure, although some locations, such as New York, New Jersey, Puerto Rico, and the Virgin Islands are already seeing omicron proportions well in excess of 10% of cases.

Over the last two weeks, we noted that it would likely be this week where we start to see some reliable data related to omicron, and we are starting to get good data in. One of the most important data points is that in South Africa, there have been no deaths attributable to omicron and despite the increasing case rates. Hospitalizations have also been dropping, despite being long enough after the dominance of omicron that the usual lag in hospitalizations should be passed. In fact, between last Thursday and Sunday, the new hospitalization rate dropped in Gauteng, the epicenter province, from about 2% of cases to about 0.6% by Sunday with very low demand for ventilators or even oxygen support for those who are hospitalized. The comparable hospitalization rate in the US has been fairly steady at 5%. Additionally, while omicron has displaced delta, over the last several days, the overall positivity rate on testing has shown a steep decline, indicating that South Africa may be reaching peak omicron, despite a vaccination rate of only 23%.

As noted earlier, case rates in the UK are steadily increasing, with cases reported on Wednesday at the highest level since the start of the pandemic, despite vaccination rates of nearly 90% for one dose, nearly 82% fully vaccinated and nearly 45% boosted. Deaths, however, are decreasing, and counts of patients in hospital (a better measure of severity than new hospitalizations) are flat. Omicron already represents 40% of all new cases, but it’s still so new that the impact on hospitalization statistics and deaths is too early to analyze. The evidence provided by the UK’s Chief Medical Officer is that the only validated data we have so far is the infectivity of omicron, and since severity data cannot be verified, we have to assume it is bad. In addition, he says that since we cannot prove that omicron will displace delta (despite the fact that basic epidemiology shows that this is what generally happens when a more infectious variant emerges), we have to assume a continued delta epidemic with omicron simply added on top. Neither of these are medically informed projections, but instead talking points to prod the citizenry to pay more attention to government recommendations for mitigations.

We are also seeing initial hard number data on the efficacy of immunizations against omicron. Most news outlets are carrying headlines at midweek saying that Pfizer vaccine is only 40% effective against omicron, and Moderna even less effective. But you have to read beyond the headlines to see that both vaccines are still on the order of 70% effective in preventing serious disease and that the addition of a booster shot raises effectiveness against symptomatic infection by 80% and effectiveness against severe infection to well over 90%, only moderately lower than the efficacy of the vaccines against delta. Despite what the headlines would lead you to believe, the data on vaccines is good, albeit only after a booster dose. Going even further, in a World Health Organization meeting on Wednesday, multiple studies were presented demonstrating a robust cellular immune response against omicron in vaccinated people. While cellular immunity will not stop initial infection, it can very effectively prevent severe disease.

Despite all of this very positive data, The US Centers for Disease Control and Prevention is warning that they are concerned that the stalled booster rate in the US (only 27% of Americans have a booster) could lead to surges in both Delta and Omicron shortly after the holidays and cause hospitals to be overrun. The CDC has not presented evidence for why they make this projection, only saying that it is part of a range of possible outcomes and to prevent it, more Americans need to get their primary series, and those already immunized need to get a booster. It would not be inconsistent with CDC history to use a plausible, but not probable, bad scenario as part of a marketing blitz for their desired outcome. That being said, the data on boosters is excellent, and rather than using scary scenarios, the effectiveness data is enough to convince us that boosters make sense. Even if delta does stay around, we’ll remind you of the data presented last week that showed boosters decreased the rate of infection by over 11.5 times versus being six months out from the initial series and reduced the rate of serious disease by nearly 20 times.

Nothing we have seen yet about omicron dissuades us from leaning towards a most likely scenario where omicron is less virulent than any other strains but much more infectious, thus moving SARS-CoV2 much more towards a more serious, but manageable, version of the common cold with vaccines playing the role of allowing people to decrease risk even of that lower-risk disease. If this happens, then over the first quarter of 2022, COVID-19 could move to the status of being a manageable endemic disease that we just live with. If we see different data on the severity in the UK, we could be persuaded to change our projection, but so far so good. What else could disrupt this? Another variant… but that’s an unpredictable black swan occurrence.

The final data on Pfizer’s new antiviral medication Paxlovid was submitted to the FDA on Tuesday. It showed a 90% efficacy against hospitalization and death for high-risk adults who started the treatment within 3 days of symptom onset and a 70% risk reduction for adults at routine risk. Additionally, the drug significantly and rapidly decreased viral load, meaning that people taking Paxlovid will be much less infectious. Since a high percentage of transmission occurs in household situations, this feature could have an important impact on decreasing transmission rates in one of the highest risk environments. As we saw with vaccines, manufacturing limits will limit the impact of the drug at the beginning of the year, but it should ramp to excellent availability over the first quarter of 2021, assuming Emergency Use Authorization this month.

← Prev: COVID-19 Epidemiology, Travel, and the Holiday Season Next: Omicron and Holiday Gatherings →