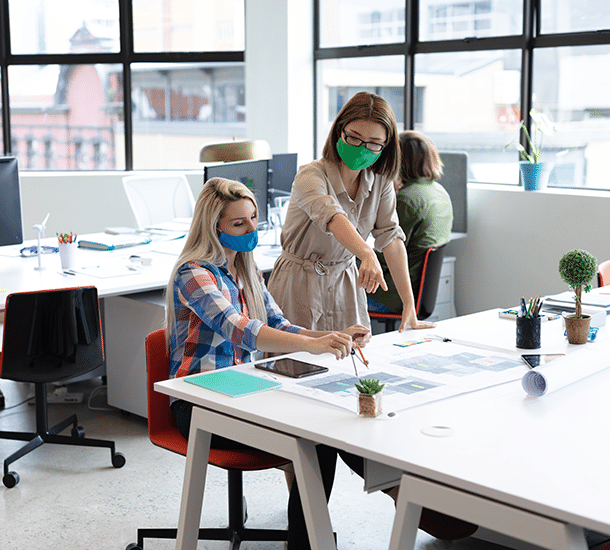 Whenever we have had a very positive outlook on the dynamics of the COVID-19 series of regional linked epidemics, we voiced the caveat that our optimism was tempered by the concern regarding potential new variants. Of course, that is still the case, but as things stand right now there are no new potential impactful variants on the horizon. The one important variant that we continue to follow in addition to normal omicron is omicron BA2. Even though BA2 is about 30% more infectious and will therefore likely replace the original omicron as the most common circulating Covid variant, virologists are not concerned that BA2 will cause a new wave. There are several reasons for this: First, BA2 is no more resistant to vaccines or prior infections than original omicron; Second, infection with original omicron is as protective against BA2 as it is against reinfection with original omicron; and third, there are some indications that BA2 may in fact be less virulent than original omicron, although this is early data.

For all these reasons, as policymakers continue to see case rates reduce for COVID-19 in most of the world, restrictions, requirements, and mandates are rapidly being dropped. Many would say that the absolute levels of cases do not necessarily support some of the actions that are being taken to drop these restrictions. Policymakers and some public health officials are looking at a combination of the overall measured levels, the actual Impacts being seen on health systems (which is minimal in most, but not all locations), the lack of a new threat as outlined above, and simply looking at what the people in the streets are doing and saying, to proactively make these changes before people make them on their own without waiting for official decisions.

As we briefly noted, there are limited economically important areas that are still struggling with caseloads of Covid that are significantly impacting their ability to deliver health services. The most notable area is Hong Kong we are hospitals are diverting non-Covid cases in order to deal with an unexpectedly high caseload. In fact, the current head of the Chinese communist party said yesterday that Hong Kong needed to take whatever measures were necessary in order to control the situation with most observers understanding the implied comment that he would direct China to take broader action to control the outbreak if Hong Kong could not.

In other areas of Asia, South Korea continues to see steady increases in cases as does Vietnam. Japan on the other hand is about 10 days into a downtrend.

Most areas in Europe have seen, or will shortly see, removal of vaccine passport restrictions in most settings as well as significant reductions or removal of masking restrictions. In the United States, most states have removed all or nearly all indoor masking requirements with the exceptions of the District of Columbia, Hawaii, Nevada, New Mexico, Oregon, Rhode Island, and Washington. Illinois announced the removal of restrictions at the end of the month and New Jersey in the first week of March. In many areas, there are still some caveats to the removal of restrictions and many large cities have kept some degree of restriction without announcement as to when these will be removed. The US Centers for Disease Control and Prevention announced yesterday that they will be releasing new mask guidelines over the next couple of weeks.

As a reminder, the current CDC guidelines were developed at the height of the delta wave when the case fatality rate and the case hospitalization rate were both much higher. At the time, CBC released a statistic which they called transmission risk and said that anytime you are in a place with a substantial transmission rate or higher, which they defined as 50 cases per 100,000 per week, they recommended masking when indoors. To put that in perspective that is the equivalent of 7.14 cases per 100,000 per day and currently the lowest case rate state in the country is Nebraska at 22 cases per 100,000 per day. The difference, of course, is that hospitalizations and ICU stays are significantly lower than during the delta peak and the trend is downward, and immunization rates are moderately higher than they were during delta. We are sure there will be lots of internal arguing over the appropriate levels before CDC comes out with new guidance, but we anticipate that they will suggest that masks may be optionally removed by fully vaccinated or potentially fully up-to-date (meaning boosters) people whenever there is no evidence of uncontrolled community spread which would roughly translate into a case rate of less than 25.

One last comment on case rates. As we mentioned before, the rates we are currently seeing are relatively fictitious. Many, if not most people who develop mild common cold-like symptoms, which are often the only manifestation of omicron, do not even bother to test. And if they do test, this data most often does not make it into state-level reporting systems like normal labs. Still, however, the more serious cases will likely result in a clinic visit and a test that does get reported so the statistics do give us a proportional idea on the combination of incidence and severity, the combination of which, as we know, is steadily coming down.

In addition to the decreasing case rates, the other big change that justifies the further reductions in requirements and restrictions is that we increasingly have the availability of effective outpatient treatments for COVID-19. As case rates come down, and supply chains for treatments ramp up, shortages are beginning to alleviate, although the one effective antiviral, Paxlovid is still only available at limited locations, typically through major hospital systems (which makes no sense since it is only approved for outpatient use). And while the one effective monoclonal antibody, Sotrovimab is still limited in supply, over the last week the US Food and Drug Administration approved a second monoclonal antibody cocktail from Eli Lilly, Bebtelovimab, that has been demonstrated to be effective against omicron.

So that’s it for COVID for this week. Additionally, Flu rates continue to come down and are now well below typical levels for this time of year.

As we start to look beyond COVID, there have been several groundbreaking innovations in clinical medicine which will have great impacts in the near future. We will not spend much time on these, but just a quick overview of three of the most influential developments: