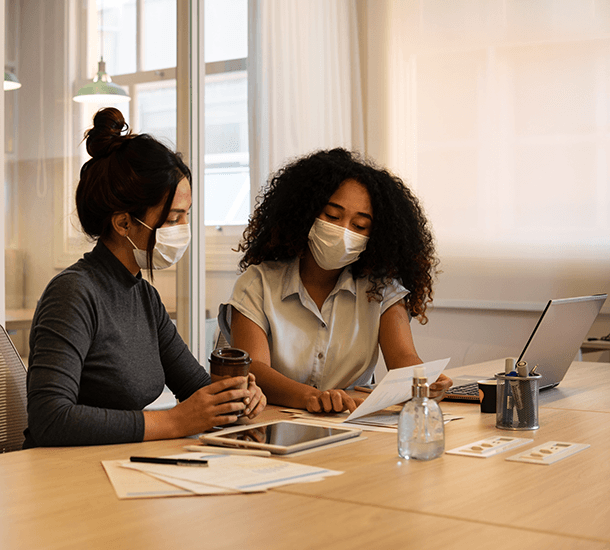 The major discussion this week is whether Delta is so infectious that it is crowding out other variants and so rapidly that it runs out of susceptible hosts over a 6-8 week period. That would be supported by the experience in India and much of what is being seen in the UK, although the UK retreat has plateaued over the past week. Dr. Scott Gottlieb, former Commissioner of the US FDA said he expected that this will happen, although he did not provide a time frame. However, a concerning counter-example is the current experience in Israel where their COVID case rate has been rising significantly over the past 6 weeks from an almost negligible number of cases to over 65 cases per 100k per day, placing the country in the substantial transmission category, despite a population that is 80% vaccinated. Hospitalization and death rates are not seeing the same increases, but it is clear that vaccine breakthrough is occurring.

The Israeli experience gets to the heart of the major current vaccine-related issue: Will boosters be necessary? And If so, then what should be used as a booster. The Israeli health authorities, which often follow the lead of the US FDA, have decided not to wait for a US decision on boosters and are encouraging all Israelis with significant health issues that impact their risk, including age over 50 to get a third dose of vaccine as soon as possible. They have been looking at studies initially supported by Pfizer that have shown waning antibodies after around 6 months. Additionally, new studies still in pre-print, coming out of the Mayo Clinic are showing that the Pfizer vaccine is not maintaining efficacy as well as Moderna. For its part, Moderna so far says that while they see some drop in efficacy with both time and the Delta variant, efficacy is still at an acceptable level and no booster is needed.

Based on this information, together with the unexpected >60-fold increase in cases, Israel has introduced Moderna into their vaccine portfolio and added the recommendation for a third shot for at-risk populations. Up until now, we have consistently told people who ask “which shot should I get? That it’s a toss-up between Pfizer and Moderna, but we are beginning to revise our thinking on that and are leaning towards Moderna.

While the CDC and FDA have received several briefings on the efficacy enhancement of a third shot for at-risk people, they have made no movement towards adding this to the emergency use authorization, and under the terms of an EUA, providers do not legally have the leeway to knowingly give someone a third shot. Once they do add this, or they formally approve the vaccine thus allowing “off-label” use which could include additional doses, then those in at-risk categories should get the third shot.

In other vaccine news, Novavax announced late last week that they will delay application for EUA in the US for their much-anticipated nanoparticle-based recombinant vaccine until the 4th quarter, although they are pursuing WHO listing and national approvals in other countries, including Canada, India, and the UK by next month. Australia has ordered 50M doses of Novavax primarily for use as a second or third dose after an initial priming dose with one of the already experienced vaccines. Novavax cites only production certification issues delaying the US application and no concerns with efficacy, although only minimal data is available on Novavax versus Delta variant.

As you hear about issues with vaccine efficacy, please remember that this is primarily referring to efficacy for preventing any degree of symptomatic disease, which is nowhere near as important as preventing severe disease including hospitalizations. Again, looking at the Israeli data, but with support from US studies, vaccination reduces the risk of hospitalization by about 7 times. Vaccines do work for their primary intended purpose: preventing severe disease and death. The largest current concern with Delta however is how well can they prevent infection and transmission. Before Delta, we were fairly confident that even in the uncommon cases of breakthrough infection, those people who are vaccinated yet still infected were very unlikely to be significantly infectious. Now, we’re not so sure. The increased number of infections, albeit usually very minimally symptomatic, maybe driving chains of infections. The big questions on this being how often that happens in general, and very importantly to business re-openings, how often can vaccinated people get infected and pass the infection on to other vaccinated people in typical office or commercial environments. So far, that does not seem to be a big problem, but the data is still lacking, which is why some are taking the course of some degree of returning to masks in these types of environments. From a business operations point-of-view, there is probably little concern of COVID causing significant illnesses in a fully vaccinated workforce, but these workers are worried about even what is to them a minor infection that they could bring home to someone potentially at higher risk. We just don’t have the data yet to know if that is a big concern, so companies are often hedging their bets through masking policies, continuing with low densities of in-office workers, or re-instituting routine testing programs to decrease the risk of in-office infections.

There have been no major changes in the types of tests available: antigen tests and molecular tests. With vaccination and Delta, however, there are changes to consider in approaches to testing. Under the pre-Delta guidance from CDC, once you are vaccinated, you have no reason to test merely for an exposure…only for classic symptoms. Delta has changed that. We do recommend considering testing vaccinated individuals after a known COVID exposure, but Delta also has a shorter incubation period, so rather than wait 5 days and release at 7 if test negative, it is reasonable to test at 3 days and release the next day if negative. If it is not a Delta exposure, which you won’t know at the time, the vaccines are more protective, so the risk of later development of infection is reduced as under the earlier guidance. As far as which test to use, a molecular test (including PCR) is best for screening after exposure, but if symptoms do develop, then an antigen test is usually very accurate. Please note that this is not new CDC guidance. The CDC guidance has not changed: the earliest you can “test out of quarantine” is a test at 5 days with a release at 7 if asymptomatic, but no testing is still the recommendation if you are vaccinated.

In regards to treatments, a large Canadian study was just released that built on earlier lab research reported by NIH that strongly supports a finding that the oral medication Fluvoxamine, usually used to treat obsessive-compulsive disorder, showed benefits significant enough that the safety monitoring board for the trial stopped the trial because they found it unethical to continue giving some patients the placebo in place of the actual medication. One trial does not mean that this will immediately receive endorsement from major regulators, but this would be the first major, well-controlled trial showing that any oral medication has a significant benefit. Importantly, this was still not a “slam dunk” benefit as the reduction in the need for advanced care was only about 30%, but that is still not trivial. This same trial once again showed no benefit from Hydroxychloroquine or Ivermectin, although other international trials continue to support the use of Ivermectin if given early in the infection.

So right now, in August of 2020, what should you do if you find out you are infected? First, of course, is to isolate yourself from others. Then, if you have risk factors for severe disease, including age, without regard to your vaccination status, you should immediately seek out a provider who will perform an assessment and consider the use of monoclonal antibodies and antiviral medication. Otherwise, treatment is primarily symptomatic. Importantly, if someone develops any significant respiratory symptoms, including subjective shortness of breath or cough, even if they have no significant past medical history and even if vaccinated, they should obtain a pulse oximeter and monitor their own oxygen saturation. If it starts to regularly drop below 96 and doesn’t easily return with a few deep breaths, at least talk to a physician. Consider seeking more urgent medical care if it drops into the lower 90s and does not bounce right back. For worsening disease, earlier treatment is important.

Finally, in terms of prevention, we have already touched on this regarding both vaccinations and masking considerations, but we can not stress enough that the data on vaccinations is excellent. The major point of resistance against vaccination was that the Warp Speed program of development did not give us enough time to assess for potential longer-term problems, but now with billions of doses delivered and over a year since the first needles went in arms, the safety profile is excellent for all the major vaccines. That is not to say that problems, from rare blood clots to poorly defined new or triggered immunologic conditions, have not been identified, but the risks of these rare problems are far less than the risks of potential bad outcomes of COVID disease including still yet poorly understood autoimmune and other “long haul” troubles that develop following infection, especially in those unvaccinated. Many who are concerned about vaccine risks compare the risk of vaccine-associated problems against their risks if they never get the vaccine or the disease, but that is not the comparison to consider. The risk of disease and bad outcomes are never completely avoidable, so people must take the right frame of comparison.

Also in prevention, the other big question is to mask or not. This is confounded again by Delta in that we are not so sure how much masking does impact Delta transmission since it is so infectious and behaves much more like a fully aerosolized infection as compared to earlier versions of the virus.  At the same time, though, we do not have any evidence that masks are not helpful. So, our recommended approach for now, and this could change with more data, is that if you are unimmunized, including children, in indoor locations where you cannot know that everyone around you is immunized, you should wear a good quality mask. If you have risk factors and are unimmunized, you should avoid these situations completely, but if you must be in an indoor public area, wear an N95 or KN95 mask. If you are immunized and in a location where everyone is believed to be vaccinated, then masking is not essential. Remember that this is not perfect protection, but a balanced risk approach. In indoor locations where you do not know the vaccination status of those around you, unless you are in a region with low transmission (less than about 7 cases per 100k per day), masking is advisable.