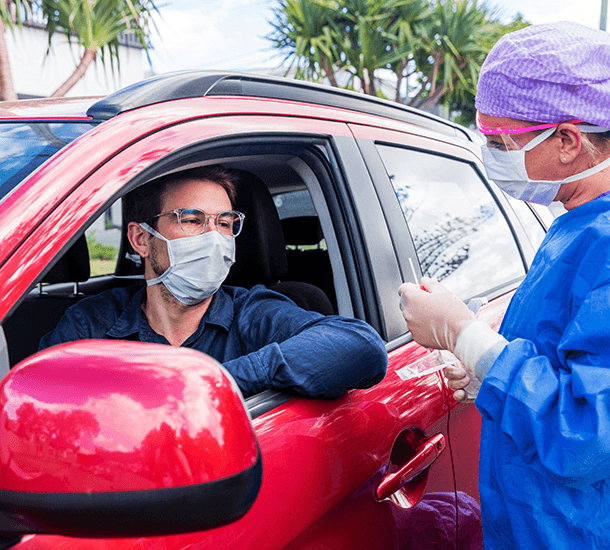 The United States and the United Kingdom have clearly crested the wave on their latest peaks in terms of new cases. Growth in Europe has moderated, but on a week-to-week basis, there is still no downward trend. In Asia, cases are up, although the absolute rates are still much lower than in the United States and Europe. Additionally, there is reason to believe that we are getting close to herd immunity thresholds. In the U.S. about 25M cases have been documented, but CDC studies have shown that for every documented case, there are about 8 cases that were never confirmed or were asymptomatic. Doing the math, means that about 150M have been exposed and likely have some degree of immunity. To that, we can add about 15M vaccinated. That roughly brings us up to 165M, which is about half the population. That leaves us with less than 70M combined cases and newly immunized people to reach the hypothesized 70% herd immunity threshold. With the anticipated increases in vaccinations with continued new cases, optimistically, we should start reaching herd immunity in some areas over the next two months.

At one time, there was significant hope that once we got past the holidays and the vaccination programs kicked in, there would be little chance of yet another peak. That may still be the case, but there are two headwinds we are facing. The first is that the last mile of vaccine distribution continues to be challenging, slowing the rate of vaccination. The second is the impact of the evolving and more infectious strains. As predicted, these strains are rapidly becoming more dominant in the environment and the reports are that they are about 50% more infectious, although no more prone to cause severe disease than the previously common strains.

The ability to get next-day results has become routine for PCR tests, especially the relatively inexpensive saliva tests. The over-the-counter completely in-home home tests have not yet made it to store shelves, but part of the reason for that is epidemiologists would still prefer that tests go through labs or doctors’ offices so that case tracking can be done. Some of the mail-away PCR saliva tests are being sold in stores, but the best way to get them is still via on-line ordering.

Manufacturers are producing vaccines at the rates they said they could, and in the case of Pfizer, they are increasing capacity to almost double output over the next couple of weeks. The Army-managed strategic distribution program to get the vaccine down to the states has actually gone very efficiently, especially once the decision was made not to hold back the pre-reserved second doses.

The issue has been that the states have significant difficulties in linking distribution to sites with available vaccinators and then getting people prioritized for vaccinations to the vaccinators. Because of the relatively short life of the vaccines once out of storage, the timing of these three components is critical. Given that the states are being very rigid about their prioritization and tracking systems, coordinating all three of those last-mile components has proved daunting for the states. The resulting paralysis continues to result in only about 40% of available vaccine having made it into people’s arms. The states, of course, claim they have not been given enough resources, but public health has always been a state function, so this really is their responsibility.

In a statement, last weekend, the CEO of CVS said that if his team was turned loose with the vaccine, they could vaccinate a million people a day and his colleagues at Walgreens could do two-thirds of that. This week, the process of getting the big-box retail pharmacies involved started with the first commercial channel distributions directly to pharmacies in several states. They are still bound by the prioritization rules, but as I have noted before, retail pharmacies alone do almost 100 million vaccinations every year without the additional capacity they have brought on just for this effort. This combined with the increased capacity especially from Pfizer, but also Moderna, and the added one-shot supply line next month from Johnson & Johnson hold promise for getting the speed of this program up to where it needs to be.

Johnson and Johnson’s adenovirus-based vaccine is nearing completion of its 45,000-person international study and should be going to FDA review in the next several weeks. While this vaccine does not have quite the effectiveness of the two current mRNA vaccines, it is still very good, and the logistics are much less complicated when only one dose is required. The 70% efficacy shown in the just-released phase 1 and 2 trials is still about 50% higher than the efficacy of the annual flu vaccine. With the two mRNA vaccines, the final data was better than the early data, so that could very well be the case here, but either way, the addition of this single-dose vaccine will be very important for reaching maximum vaccination levels for populations around the world. The fourth major vaccine developed in the US and Europe is the Oxford University/AstraZeneca product. This is already approved in much of the world but is not looking for U.S. approval until April. This vaccine has the easiest logistics requirements of all the vaccines, so it may be better that this vaccine is used for parts of the world that do not have the logistics infrastructure of the U.S. and Europe, and parts of Asia.