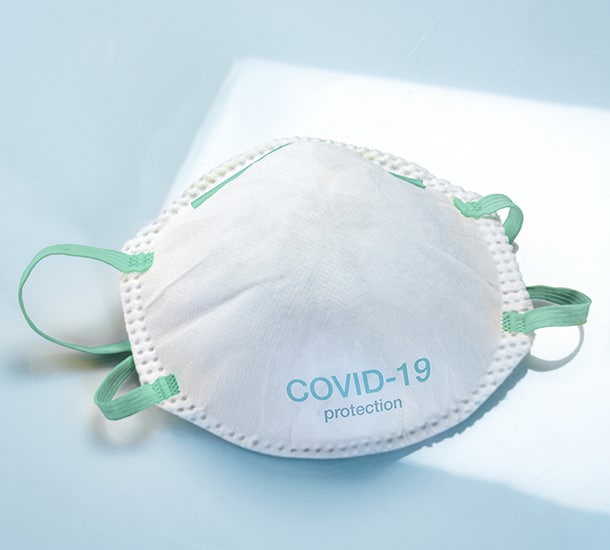 COVID-19 Throughout the World

The biggest issue of the week continues to be the ongoing disparity in case counts between the United States and the rest of the developed world. In Europe, case numbers are almost entirely below what is considered community-level transmission. The exception to that would be Sweden and Bulgaria, but even those two countries appear to have peaked within the last week. The Far East also continues to do very well, although South Asia, and specifically India, are continuing to see an increase of cases.

Most regions of the United States, apart from the Northeast, continue to experience new peaks in the number of cases. Due to this, many states, especially in the Northeast, have implemented 14-day quarantines for travelers. The details of the quarantines vary by state, and some allow for exemption via testing. Be sure to check the state requirements if you are planning to travel this summer. Note that there is generally no effective way for states to enforce these quarantines. While some states request or provide recommendations, others have legally enforceable public health orders which may include potential fines.

Before planning to travel, a very good source of information at a state level is the Johns Hopkins Coronavirus Resource Center. Click on the tab labeled “critical trends” to find state-by-state information. Note that individual areas within a state may vary significantly from the state-wide data, so it is recommended that travelers conduct an online search for the city or county they plan to visit. This will typically lead to a website in which the county provides a dashboard or other tool for the specific conditions and rules of that location. Restrictions are applied at the state level, but not all. Remember that what you do at a destination is just as important, as where you chose to go. By far, the highest risk activities are going to a bar or similar location with many people in a small place. Some of the more hard-hit states are closing bars again, even if restaurants are left open at a reduced capacity.

Many are asking why there is a difference between the United States, Europe, and the Far East. Sociologically, these are primarily democratic nations, many with large immigrant populations, just like the United States. Many have reopened their economies, just like the United States. A leading theory is that people, especially younger generations, have developed quarantine fatigue. They are returning to their pre-COVID ways which have coincided with the reopening of bars and nightclubs. All of this coupled with the fact that these same young generations are seeing friends becoming infected but showing very little signs of disease. This has caused many of these young people to decide that the social pain of staying at home is worth the risk of getting COVID-19. Even with this happening none of the models are showing that we can reach herd immunity in any kind of reasonable time frame. With more actively infected people in any community, there is a higher likelihood that at-risk people will be exposed.

Despite the increasing number of cases, this is NOT the same epidemic that we saw two months ago. It is the younger generations that are the most infected as the older, more at-risk populations have taken COVID-19 precautions to heart. This is extremely important because the risk for these younger people is far less.

School in the Fall

Several areas around the world had kept their schools open or tried re-opening schools into the summer. There was hope that their experience would be helpful to those who are making decisions for the upcoming school year. Unfortunately, there have been no good patterns upon which to make decisions. Data shows, that children are much less infectious than adults, and are much less affected by COVID-19. More than 20 countries have reopened schools in June with well-controlled infection rates in those schools. At the same time, other countries have had issues with super spreader events when they opened their schools. It appears that like so much with COVID-19, there is no one size fits all strategy. School systems will have to apply different approaches even within the same school system.

Locations in the United States that are seeing a resurgence are once again finding that the turnaround time and availability of testing for COVID-19 is a problem. This is especially difficult when testing is an important part of determining case tracking requirements to minimize spread. Last week, a new emergency use authorization was granted for a second SARS antigen test that can give point-of-care results in 15 minutes. These point-of-care approaches are typically not acceptable for ruling out disease. But if they can detect and notify positive patients more rapidly a significant positive impact on case tracking and isolation will occur. The newly approved test from Beckton Dickinson company runs on a device that is already in use in more than 25,000 locations around the United States. Beckton Dickinson expects to field more than 10 million test kits over the next 90 days. Again, these tests have false-negative rates that are too high, but if used as an initial screen in someone who has COVID-19 symptoms, a positive test is relatively reliable. Finally, an emergency use authorization was also granted for technologies that can perform PCR testing on Clomid influenza A and/or influenza B viruses at the same time on the same sample. While not critical currently, as flu season comes on in the fall the efficiency of this capability will be extremely useful.

There has been a lot of confusing messages in regard to the transmission of COVID-19. The preponderance of evidence today is that transmission is primarily by respiratory droplets or large particles that may be suspended in the air for brief periods of time in relatively short distances. While there may be transmission by aerosols in very limited circumstances such as during medical procedures. There continues to be little evidence that virus aerosolized in the environment remains infectious over long periods of time or long distances. Importantly no transmission via heating ventilation and air conditioning systems has ever been documented for either the original SARS CoV virus or the current SARS-CoV2. There have been stories reporting the recovery of SARS CoV2 RNA from air handlers but, this is not the same as recovering viable viral particles. Ensuring proper operation of ventilation systems including maximal air exchanges and inclusion of outdoor air is likely beneficial but has never been demonstrated to be critical to controlling the virus.

There are currently 3 primary approaches to combating COVID-19:

This week has news regarding both antivirals and antibiotic therapy. Some evidence has shown that hydroxychloroquine combined with zinc in the first 48 hours of infection may be beneficial in preventing severe disease. This week a study was published that reevaluated the combination of hydroxychloroquine and azithromycin. This new study did show a marginal benefit in the prevention of death, whereas the prior showed no benefit.

This week also saw an announcement from Regeneron pharmaceuticals which moved into a confined phase 2 and 3 study for its manufactured antibody for the treatment of COVID-19. There are two arms of the study, one is looking at prophylactic use of the antibodies in a known exposure situation. Another is looking at the use of antibodies for the treatment of hospitalized patients. Both studies expect preliminary data later this summer.