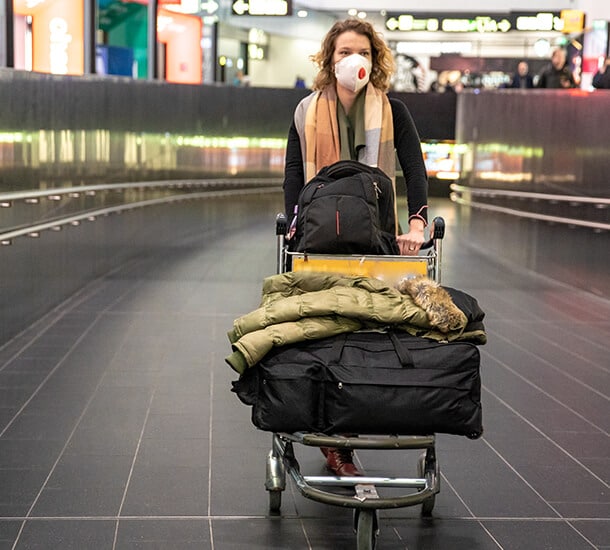 There has been a subtle change in guidance from the US Centers for Disease Control and Prevention on how the virus is transmitted. The new guidance specifically says that surface contact does not play a major role in transmitting the virus.

The guidance did not change significantly as the CDC had previously said that the virus primarily spreads by close person-to-person contact. However, this does not mean that surface contact can be ignored, but that the role of airborne viral transmission is recognized to be the most important component.  At the same time, however, the CDC reemphasized the definition of close contact, which is keeping a six-foot radius for greater than 15 minutes. Note, this is also a minor change with the prior guidance for close contact, being within 10 to 30 minutes. Now the CDC is using a clearer single number that is harmonized with the World Health Organization guidance.

The take-home message from this is that infection is not an immediate event. The reason that time is important is that infection requires a minimum dose of the virus. We know the virus can be present in the air at low levels but, it decreases in concentration with both time and distance from the source.

Encountering a low level of virus for a short period of time does not appear to give enough of a viral dose to cause infection. But, inhaling a low dose of the virus for a longer period, as in a closed smaller space, does result in a dose reaching the threshold of infection.  While this may be a slight oversimplification of the process, it does provide a rough idea of how the infection occurs.  To be clear, getting a full cough or sneeze in the face from someone who is actively infected is likely to immediately deliver a high enough dose to cause infection, but that is an extremely uncommon event.

The outlook for travel in the coming months

This concept then flows over into thoughts about travel.  As previously discussed, there have been very few cases associated with air travel.  With this greater understanding of transmission, this makes sense:  Air circulation on planes is well designed to turnover, filter, and add external air at relatively high rates.  Even if someone is actively infectious, plane circulation will rapidly decrease viral load to very low levels.  This also means that there is a relatively low risk in the spacious areas of airports. Hotel rooms are also low risk, typically being vacant for several hours before a new traveler arrives. The biggest risk is local transportation, such as mass transit where efficient HVAC is not a hallmark.  Other than that, domestic travel is not likely a high-risk endeavor on its own, depending on what you do at the location.

Additionally, this mode of transmission (small particles briefly suspended in air), means that one of the best ways to decrease indoor transmission is to have plenty of conditioned air movement, and plenty of mixed-in outdoor air. Modern HVAC systems are designed to do exactly this.

One other quick note on change in the CDC assessment is that the organization now believes as much as 40% of transmission of SARS Cov2 occurs when a person is asymptomatic. This single factor is one of the main reasons that this virus is so infectious.

Questions regarding the use of hydroxychloroquine

Yet again this week, hydroxychloroquine is in the news. The World Health Organization pulled Hydroxychloroquine out of an ongoing study of severely ill patients. This has been painted as another nail in the coffin for this medication. Most people are reading too much into this study, it was simply designed to show if Hydroxychloroquine is effective in the treatment of severely ill patients. The study did prove that hydroxychloroquine is not effective and had no relevance to use in earlier phases of the disease. The positive observational studies on this medication, as well as the hypothesized mechanism of action all address early use, while the negative studies have all addressed late use.  Additional well-designed studies addressing early use are pending release any day now.

Testing for COVID-19 and the implications of results

Another topic that continues to draw questions is testing. For a quick review, there are generally two types of tests:  Nose or Throat swabs, the PCR tests, to test for the active presence of the virus. And blood tests to identify the presence of antibodies against SARS CoV2, which at this point can only mean that you were infected, not whether you are sick. Importantly, if you are positive for antibodies, it almost certainly means that you do not have an active case of COVID-19. Antibodies form as part of the process of fighting disease. Once they are present at a high enough level to be measurable, you are no longer infectious (in almost all cases). A positive test (especially IgG) is good news because it means you were at some point infected, but you are not now, and more likely to have some immunity. The perfect antibody test would tell us whether you have adequate antibodies to be immune to another infection. While there is not a perfect test yet, the study from Mt. Sinai in New York, fairly conclusively demonstrated that if you had a confirmed case of COVID-19 AND at 3 to 4 weeks out you have a positive antibody test, you are much more likely to be relatively immune.

Finally, an update on reopening. The short answer is that just about the whole country is moving to reopen. Even NYC will start the process over the next week. There are a few notable hot spots such as Northern Virginia, Southern Maine, and, (still), New York City, but areas such as Georgia that opened early, with what was said to be inadequate controls, are doing well.