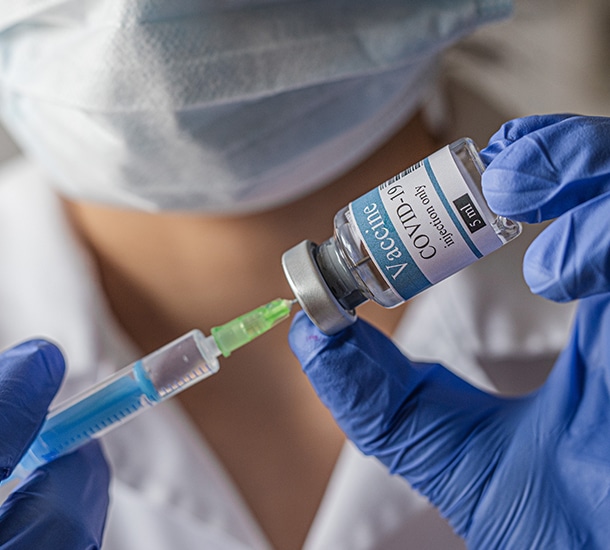 At the beginning of this epidemic, the medical community made many assumptions about how this disease was transmitted. The community took what we knew about influenza viruses and initially assumed many characteristics to also be true of COVID-19 transmission. While there is still more to learn, we know now that the transmission pattern of COVID-19 is very different from influenza.

Influenza is primarily transmitted by respiratory droplets and fomites, with fomites being infectious particles that land on surfaces after coughing or sneezing. This surface transmission is very important in influenza and was the genesis of many of the early COVID-19 recommendations for shutting down and cleaning areas where an infected person had been. While surfaces are not completely unimportant with COVID-19, we have learned that the main mechanism of transmission for COVID-19 is person-to-person. This generally means either direct contact or contact with particles in the air after an infected person coughs sneezes or even breathes. This is why places like bars, nightclubs, or even private parties are notable locations of infections. It does not appear that these infected particles remain airborne and infectious for long periods, but it does mean that duration and proximity to someone infected are important determinants of the risk of infection.

The decreased emphasis on surfaces does not mean that handwashing and cleaning are not important, only that they are not as important as is with influenza and other upper respiratory viruses. Hand washing, sanitizers, and basic cleaning of surfaces are still useful in preventing the spread of disease, but not to the extent that you should fear everything that you touch in a store. Yes, you should wash your hands regularly and use hand sanitizer, and perhaps even minimize what you handle in stores and other public locations, but remember that these things are not the major drivers of this epidemic.

Another major thing that we have learned is that while we think of COVID-19 as a respiratory disease due to its transmission through the respiratory tract, the primary effects of the disease are actually in the vascular system. When people develop severe disease in COVID-19, the primary culprit is not damage to the respiratory tree directly, but rather blood vessel inflammation. This is why people with COVID-19 develop a dry cough and difficulties with transferring oxygen from the air passages of the lungs to the blood cells. The walls of the tiny blood vessels in the lungs have become thickened from the inflammation, decreasing their ability to allow oxygen to diffuse through to the red blood cells. The same vascular inflammation is responsible for problems in other parts of the body especially in terms of causing turbulent blood flow which can contribute to the development of clots in the bloodstream.

1. Why has the United States seen major increases in the virus with the beginning of summer, when many expected that summer would be accompanied by a quiet period. And in a related question why is it that other major economically developed countries have not seen this same resurgence?

A common thought is that the US opened too much and too fast. While this certainly may be playing a large role, over the last couple of weeks we have begun to see similar unexpected increases in other developed countries although not yet to the extent we have seen in the southern United States. In fact, over the last 2 weeks, significant increases in incidence have been noted in multiple European countries as well as Hong Kong.

2. Will we have a second and perhaps even larger wave of disease in the fall?

The main reason we believe this would be true is that every other respiratory disease does. As people go indoors and children go back to school, this sets the stage for significant sharing of viruses which spread then easily to the general population. This history is what is driving many if not most school systems around the world to currently be rethinking whether or not students should return to the classroom in the fall. In reality, there is no one size fits all answer to this question. While this may be by definition pandemic, it is functionally a worldwide series of linked, but relatively independent regional epidemics. What is right for a relatively rural school district in Maine may not be the right answer for an urban school district in Florida … or France, for that matter. Unfortunately, what all this means is that nobody can predict with a high degree of certainty whether or not there will be a second wave in the fall.

Hospitals are getting better and better at managing COVID-19 infections. There are still only 2 commonly accepted effective drugs for treating this disease, Remdesivir, an antiviral, and dexamethasone, a relatively strong steroid anti-inflammatory. Both of these are only significantly useful for hospitalized patients with severe disease. For the rest of the people with milder to moderate infections, the only accepted treatments are standard symptomatic treatments as would be used for a common cold. From a practical standpoint, the only difference between managing COVID-19 for most patients and managing a bad cold is that it may be useful to monitor oxygen saturation with a cheap and widely available pulse oximeter. Tracking a significant drop in oxygenation is useful as it could be the trigger for potential hospitalization. Conversely, stable oxygenation in the high 90s is a good argument against hospitalization.

The news on vaccines continues to be very promising. Last week, the U.S. government contracted with Pfizer and a relatively small biotech firm to pay them nearly $2B to produce and distribute an initial 100 million doses of the vaccine. They are potentially manufacturing another 500M doses. This comes on the heels of other billion-dollar contracts with additional consortiums to complete research and move to the production and distribution of their vaccines. At present, there are 5 major US vaccines in this pipeline with the hope that at least 1 of them will prove successful over the next several months. Several of these vaccines are going into final stage trials known as stage III over the next couple of weeks. If even 1 of these vaccines comes through the stage III trials with acceptable findings, then we could expect the vaccine to go into production in quantity during the fourth quarter of this year, with delivery to significant numbers of people worldwide over the first quarter of 2021. If multiple vaccines reach this level this will allow for even faster production and distribution of the vaccine.