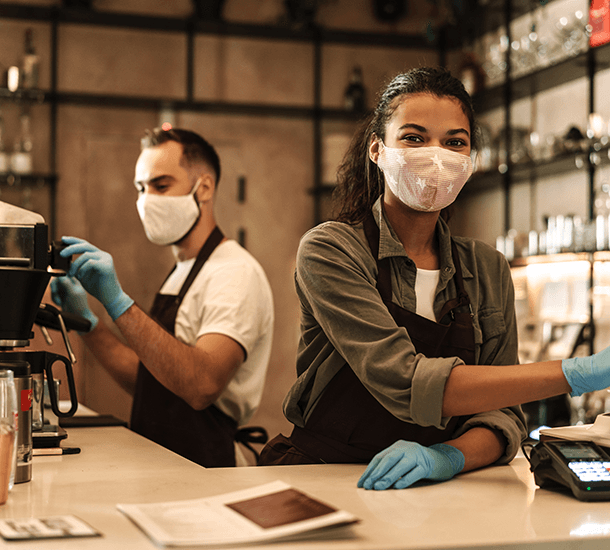 It now appears that the pace of vaccination and the movement towards herd immunity has blunted the effect of more virulent variants in increasing case rates. Even in states like Florida where it appears that over 50% of new cases are due to the UK variant, case numbers continue to decrease. Overall, in the United States in the past week, new daily reported cases have fallen by over 11% and deaths have fallen by over 16%. The average number of cases per day in the last 7 days is just over 20.

The 4 key case rate levels to remember are:

The dynamics of the situation in Europe, unfortunately, are not as good. Daily new cases have increased steadily since mid-February, although not to the levels seen around late fall in the new year. 50% of these new cases in Europe were reported from just 5 countries: The Czech Republic, France, Italy, Poland, and Russia. Overall, the continent is just below the cutoff for uncontrolled community transmission at almost double the US rate. The United Kingdom, however, continues its downward trajectory, although not at the steep downtrend seen at the beginning of the year. Still, the United Kingdom overall is at slightly more than 8 cases per 100,000/day averaged over 7 days and with this data in hand, the UK government announced on Monday that they will begin on the first step of their “Roadmap out of Lockdown” including allowing schools to reopen and students to return to all levels of schooling including some limited return to University.

Hong Kong’s case count has increased by 73 in the past 7 days. That is not 73 per 100,000 but 73 out of the entire population of nearly 8 million for all of last week. Singapore continues to note about 10 cases per day total the entire nation, while Japan has plateaued at about a thousand cases per day, which is still less than 1 case per 100,000/day.

There is still no widely available true at-home test for COVID-19. Over the past couple of weeks, however, major US retailers including Walgreens, Walmart, and Costco have all started selling PCR saliva or nasal swab test kits for at-home sampling that are then mailed to a laboratory for results in 24 to 48 hours. WorldClinic has had a very good experience with these kits especially the Walgreens kit which is priced at about $120 and is processed by a very well-known laboratory, Clinical Reference Laboratory, or CRL. If these kits are as easily available as Walgreen promises, this likely represents the best combination of ease of access, timeliness, and price for most people who need a PCR test with a short turnaround. The cost of tests with a same-day turnaround, including the cost for the person to obtain and transport the sample still generally runs from $300 to $600.

One other brief note on testing is that an increasing number of authorities are taking a second look at the relative value of antigen testing versus PCR testing. The much higher rate of false negatives for antigen testing is primarily when antigen tests are directly compared to PCR tests on the same sample. Increasingly, however, some experts assert that this is not a fair comparison because the PCR test is so sensitive that it often picks up remnants of virus or levels of virus that do not represent transmissible infection. This latter characteristic may be beneficial in picking up a person who is infected but just on the increase of their infection, but that represents a very narrow target. The antigen test, on the other hand, is very sensitive at picking up an infectious level of virus, but it means that a negative test, especially after a known exposure, could happen because that person has not yet become infectious.

This week, major government agencies pulled funding from convalescent plasma research. This was not because of any safety concerns, but simply because the ongoing studies were not showing significant benefit from convalescent plasma treatment especially when compared to other passive antibody treatments such as monoclonal antibodies. There is still ongoing research, especially regarding the use against new strains, but for now, convalescent antibody treatments should be considered a research entity only. But speaking of monoclonal antibody therapies, another combined therapy was approved for use this week after demonstrating 87% efficacy in preventing serious disease and death in at-risk people who were treated early in the course of their disease. Other antibody cocktails are being studied with favorable interim results against the various new strain that we are seeing.

While vaccines will continue to be the most important tool in the fight against COVID-19, the defense provided by the monoclonal antibodies means that even in those relatively rare cases of breakthrough, there are additional tools that can continue to reduce the morbidity and the mortality of COVID-19 to rates approximating that of flu. That is not to say that we are there yet, but we are getting close.

The combination of steadily increasing rates of vaccination and good data on the effects of vaccination are leading us on the path out of this crisis. As of today, over 62 million Americans have had at least one vaccination. That represents nearly 20% of the population or about a quarter of the adult population. Add to that about 90 million probable infections, if we include both the known and the probable unknown numbers, brings us to roughly 150 million people with some degree of immunity. This still has us on track to be able to immunize all willing adults by early May.

The big question, with an unfortunately unknowable answer, is: Can we get to herd immunity based on vaccinating only the currently willing participants, or will herd immunity wait until we can have better marketing to currently unwilling participants and authorization for children? Either way, we believe that by mid to late April, anybody who wants a vaccine will be able to get it, and with the new CDC guidance, that will lead to a more normal life.

The data that the CDC has reviewed has been enough to show that people who are vaccinated are in fact highly protected from getting the disease. Therefore, people who have been vaccinated, including the elderly and other at-risk people, can be around small groups, typically one household, of unvaccinated people and relatively unlimited numbers of known vaccinated people. Importantly: Yes, this does mean that immunized grandparents can see their grandchildren without a mask. We still recommend continued precautions in public including even small groups of multiple households because we are still not completely sure that the vaccine adequately decreases potential infectiousness, although the data coming in has been very positive on that front, also. Until we know that for sure, the best way to look at this is that if you have been vaccinated, then it is reasonable for you to consider yourself fairly protected in almost any setting, but you still need to be conscious of protecting others from the admittedly low potential that you could transmit an infection to them. CDC also eliminated the 90-day limit for how long after immunization you could avoid quarantine if knowingly having had a close contact.