COVID-19 Testing, Therapeutics, and the Possibility of Reinfection 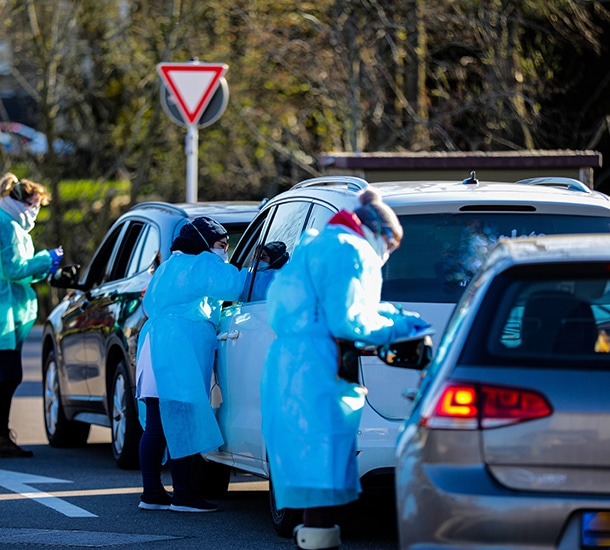 Many of us are beginning to get a sense that we have fallen into a COVID-19 rhythm. That is both good and bad. The good is that people understand the basic concepts of risks – the risk of infection versus the risk of serious disease, and they understand the key things we need to do to mitigate risk. The bad is that people get complacent and not everybody is necessarily pulling together to mitigate the overall risk in society, as we have seen in the recent outbreaks on college campuses.

After the outbreaks at Notre Dame and the University of North Carolina at Chapel Hill, the administration rapidly moved the campus to virtual classes, shutting down in-person classes for varying periods to limit the outbreak. This week we have data from the University of Southern California regarding an outbreak that occurred despite no in-person classes. Putting these three experiences together, the learning point is the risk of contracting COVID-19 is likely not driven by the classroom experience, but by the after-hours activities that students naturally engage in.

An interesting natural study that is ongoing right now is at the three United States Service Academies where the military environments do incite a more careful adherence to guidelines. If these institutions can successfully deliver in-person education without significant outbreaks, then this will demonstrate a model that their peers can look at in deciding their next steps.

In a related finding, last week the World Health Organization released data, primarily from the Asia-Pacific region which substantiated what many suspect: the epidemic is being driven primarily by 20-49 year-olds. This is not necessarily because they are being reckless, but because they often have few if any symptoms and go through their course of disease in public – spreading the virus.

Other institutions have been able to replicate the COVID-19 saliva-based testing method made public by Yale. As we learn about this test, there is some good and some not-so-good news. The difficult issue is that this test technique does not completely eliminate one of the major bottlenecks in testing and that is that it still needs to run on an RT-PCR device, just as a swab sample does, and many, if not most of those are already running near capacity. The collection and pre-processing of the samples are greatly facilitated by the new technique, so that will free-up technician-time to operate machines at peak capacity. In addition, some of the concern regarding the accuracy of these tests has been reconsidered as these tests do reflect viral load in saliva, which is the actual vehicle that most typically carries the infection. That means it may more readily miss people who are at the very beginning of their infection but will otherwise likely be a reliable indicator of infectiousness at the time of testing.

In news that just came out yesterday afternoon, the US Food and Drug Administration announced the authorization of the Yale test process. The FDA also mentioned that we would soon be seeing a point-of-care test for the presence of viral antigen that does not require a special machine. They announced this authorization yesterday for a test from Abbott Labs that will be sold for $5 each and is the size of a credit card. It is based on the same technology used for point-of-care flu and strep infections, so the sensitivity is not quite as good as the machine-based tests, but given the price point, it means that tests can be given cheaply, with rapid results, which is exactly what is needed to enhance the test and trace strategy for decreasing transmission. Abbott expects to ship 10M tests in September and up to 50M in October. This is going to make a big dent in the goal of 90M COVID-19 PCR and antigen tests per month available by September.

The President weighed-in last week on supporting convalescent plasma as a promising new therapy and multiple institutions, including the Infectious Disease Society of America, the US association of Infectious Disease specialists, fairly rapidly issued statements that this therapy has not been adequately tested and should only be used in the context of studies. This has become a political hot potato over the week as the FDA denies any political influence and stands by their assessment of the current data which they used in approving the Emergency Use Authorization. This EUA greatly expands the availability of convalescent serum. Expect to hear a loud debate on this over the next few weeks.

Two new studies were released this week on the use of hydroxychloroquine. One was undertaken to reassure arthritis patients, who are the primary users of the drug, that hydroxychloroquine is safe. The study did demonstrate that short courses of Hydroxychloroquine have no increased cardiovascular risks, but it did note that there are indications of cardiovascular issues with long-term use. That is not relevant to the COVID-19 use of the drug. Second, in a study published in the European Journal of Internal Medicine, hydroxychloroquine was associated with a 30% lower risk of death in hospitalized patients. Expect this debate to continue.

There is no significant new news on the vaccine development front, which is good news in that it means no early surprise problems that might derail one of the leading vaccine candidates. We are now about a month into the phase 3 trials, with at least another 4-6 weeks before any significant findings begin key analysis.

One issue of concern that will likely receive significant press in the coming days is a single case report out of Hong Kong that reasonably clearly shows that a person who had COVID-19 infection in March was reinfected in July. Expect the news to focus on an assertion by the study’s authors that this demonstrates that immunity may be short-lived which may render vaccines less useful than expected. Most experts counter that 1 demonstrated recurrence out of the millions of infections does not generate any reliable conclusions, and in addition, even if he was infected, he was not at all symptomatic, and the level of infection that he demonstrated was likely relatively non-infectious to others. Still, this will be a sensational report in the media raising the question that the whole vaccine program may be in jeopardy. However, we are on track for vaccine emergency use authorization this fall, and early distribution in the winter, and more extensive distribution in late winter and spring.

In one other tempest in a teapot in the news this week, multiple outlets are reporting that “higher-ups” in the administration forced CDC to change its COVID-19 testing recommendations to omit testing of asymptomatic people with close exposures to COVID-19. This is a return to CDCs previous position, but it is at odds with the drive to basically use every excuse to test in order to maximize the chance of picking up asymptomatic cases as early as possible. One of the big problems with the “test all exposures” approach is that many people rush to test as soon as they know they were exposed, which reliably results in a negative test. The new recommendation calls for the use of clinical judgment by medical personnel in determining when and if to test.