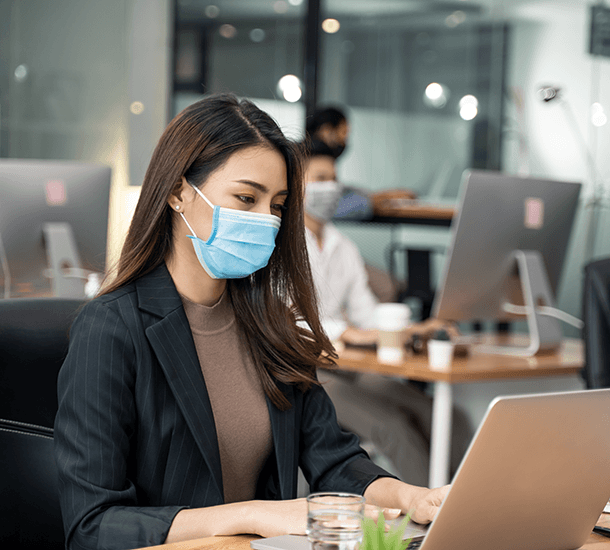 The big news of the last week is that the first Covid vaccine, the mRNA vaccine from Pfizer and BioNTech, has been fully approved in the United States. Formally, this makes little difference as the US Government still controls all US domestic stocks of the vaccines and have made it clear that use of the vaccines in any manner different than official guidance from the CDC and the Advisory Committee on Immunization Practices would be unauthorized use of government resources and subject the user to sanctions. Practically, however, this makes a big difference in the government’s ability to message on the safety and effectiveness of the vaccine and internationally, since many other countries refer to actions of the US FDA to inform their approval processes.

Much of the resistance to vaccination has been because people feel that the vaccines have been developed rapidly and could be considered somewhat experimental. Many hope that this approval is an important step to getting another large group of people who are resistant to change their minds and choose to be vaccinated. Formally, what this approval means is that the manufacturer has demonstrated through a combination of both manufacturer-administered, as well as independent studies, that the vaccine is safe and effective. Up until now, the standard for emergency use authorization was that the benefits of the vaccine were more likely than not to exceed any risks and that there were no immediate safety concerns noted. This first step only required 2 months of data, reflective of the fact that almost all vaccine-related safety issues manifest within two months of injection. For full licensure, however, the longstanding requirements for proving safety for vaccinations are at least 6 months of data demonstrating that any unexpected effects of the vaccine are either minor, easily managed, or exceedingly rare. And even in the case of the exceedingly rare side effects, the studies must demonstrate that the benefits of the vaccine far exceed the risks of these exceedingly rare side effects.

In the case of the two mRNA vaccines (recognizing the Moderna is still finalizing their data and not yet approved), not only did the FDA have the required 6 months of study data, but also actual field experience with an additional 300 million doses administered in the United States alone. This was over and above the standard required data set which would in theory demonstrate the presence of even rare side effects much more than a typical 6 month-study for routine vaccine would elucidate. The result has been that minimal side effects have been picked up in this extended monitoring. Through the formal blinded studies, over more than six months, serious adverse effects potentially from the vaccine were reported in 0.6% of people who are vaccinated. That may seem like a lot until you know that 0.5% of people who received the placebo also reported similar potentially vaccine-related serious adverse events. The difference there is not considered statistically significant and shows again that the association does not reflect causality.

The post-authorization monitoring of the mRNA vaccines has shown a possible rare triggering of underlying autoimmune issues as also happens with other vaccines. The Global Autoimmune Institute, a clearinghouse for research on diverse autoimmune diseases has looked carefully at the data on this and notes that the risk of contracting COVID-19 and the clear disease-related impacts on immune dysfunction that come as a result of COVID, far exceed the small risk of triggering an autoimmune reaction from the vaccine itself. The Institute also notes that most, but probably not all, cases of vaccine-induced autoimmune issues are time-limited.

Additionally, just last week, the University of Washington released the first large-scale study of the relationship between vaccines and pregnancy. In a study of over 17,000 women in all phases of pregnancy from planning, to infertility treatments, to the actual pregnancy, to post-partum, no significant risks were noted beyond those seen in the vaccinated general population or the non-vaccinated pregnant population. In addition, the American College of Obstetricians and Gynecologists released an updated statement of support for the vaccines noting that the risk of bad outcomes in the unvaccinated population has significantly increased due to Delta, leading to an even more strong recommendation for vaccination.

But what people are often hearing today in the media is that vaccines may not be as valuable or essential because of the breakthrough infections occurring with the Delta Variant. Prior to Delta, for the mRNA vaccines, the reduction in expected disease for similarly exposed individuals was over 90% against any degree of symptomatic disease and over 96% for serious disease. There were initial reports from Israel that this rate of protection against symptomatic infection had slipped to the mid-30 percent range, but further analysis noted that this was based on surveys of a higher risk population reporting illness. More careful studies done in the US have shown that with Delta, the efficacy against any symptomatic disease has decreased to 66%, but the efficacy against severe disease is still over 90%.

Many people have been convinced by all this data that the vaccine is beneficial, but a major worry for many, even if vaccinated, is the issue of vaccinated people becoming infected and passing the infection on to others, especially bringing the virus home to at-risk family members. Is it possible? Yes, but in reality, much of the risk is decreased for a vaccinated person, especially if they are in a fully vaccinated setting such as a family group or an office that requires vaccination. Direct data on the rate of vaccinated-to-vaccinated infections is not available, but there are some indicators. In Singapore, a study of breakthrough cases notes much lower transmission from vaccinated to anyone – vaccinated or unvaccinated. Initial analysis shows that while some vaccinated people may, at the peak of their infection, harbor similar levels of virus in their nose and throat, the period of high viral load is much shorter and additionally, they are less symptomatic. Studies by the Kaiser Foundation in California have also shown that in many breakthrough infections, the overall viral load is much smaller when considered not just at peak, but over the whole course of the infection, so the issue with high peak viral loads is not as dire as initially portrayed in the CDC announcements. Putting this together: Vaccinated people who do become infected are typically less infectious and, on top of that, vaccinated people have a higher viral dose threshold required to become infected in the first place. This means that for an employee in a fully vaccinated office, they are far more likely to be infected in other activities where the vaccination status of those around them is unknown, such as while dining or shopping. This also means that for the general office population, the added risk reduction from wearing a mask in a known fully vaccinated office, while not zero, is fairly small. Still, in many cases, local governmental guidance has removed the option.

But going one step further to the issue of transmission to family members, even if a vaccinated person does get infected in the office, which we now know is relatively low-risk, family members have a lower rate of infection from vaccinated yet infected people in their household. Prior to Delta, multiple studies in diverse parts of the world showed that there was about a 1:6 chance of someone in a household becoming infected. Delta raised that to nearly 1:3, but even with Delta, the chance of an unvaccinated family member getting an infection from another family member who is vaccinated but known infectious is only about 1:9 and anecdotal reports say that may be even lower if asymptomatic.

Still, if someone has a vulnerable family member, they likely want to take every reasonable step to minimize their risk of being the inadvertent vector of infection. The two additional steps they can take are, first, wear a mask when in any indoor environment with the highest priority being those environments where the vaccination status of others is unknown and a lower priority when in known fully vaccinated environments, and second, pay close attention to symptoms and test for any symptoms, quarantining from family members until shown unlikely to have COVID.

But what about masking in schools? There are several issues to consider:

Bottom line is that blanket, one-size-fits-all determinations are not appropriate, in either direction.