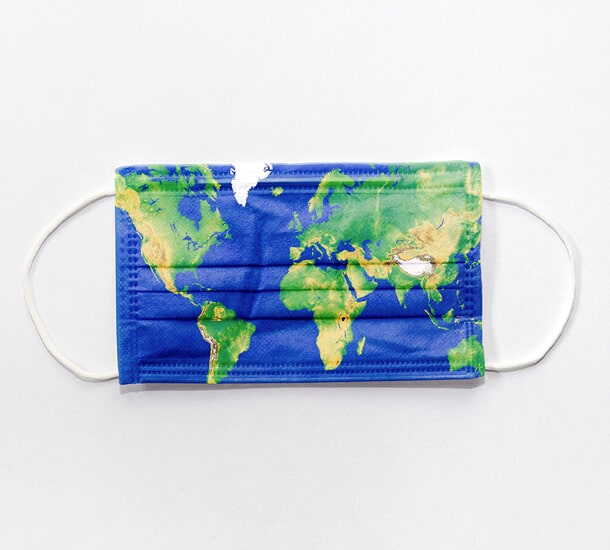 This was not the intention of the change in messaging. There is no question that surface transmission does play a role. It is still important to pay attention to all the precautions we have all been taking to avoid contracting the virus from the environment.

There is a new recognition of the role of small particles in the air. The small particles projected not only from coughs and sneezes but also from talking remain suspended in the air for at least a few minutes. The human body is very effective at handling a small number of these particles. However, if you spend too much time in an area with a low density of these infectious particles, it may be enough to lead to an infection.

These findings emphasize the importance of both time and distance in reducing the risk of infection. It has solidified the CDC and WHO guidance that risk does not substantially increase until you reach a threshold of being within 6 feet of an infected person for more than 15 minutes. Logically, this also means that closer exposure for a shorter amount of time, or longer distance for a longer amount of time may also increase risk. The 6 feet (or 2 m) for greater than 15 minutes is still an effective guideline for high-risk contact. Importantly, this guidance does not address masks. There is good evidence that a mask worn by a person who is infected decreases the number of particles that are expelled on an ongoing basis. This does provide a scientific basis for continued attention to masks in public.

Late last week, a senior official of the WHO stated at a press conference that there is little evidence that asymptomatic spread contributes significantly to the epidemic. She also stated that there was new unreleased data that supported this contention. If true, this would have made a major difference in the way we address this epidemic. For most epidemics, including influenza, people cannot spread an infection until they are ill. At that point, they take themselves out of the population until they recover. This means that monitoring for symptoms, and ensuring people who are ill stay excluded from schools and workplaces can effectively control an outbreak.

Over the weekend and early this week however, the WHO put out significant clarifications of the doctor’s statement. The WHO said that what she meant to say was that people who are asymptomatic appear to have a minor role in the spread of infection because their relative number is few. And for whatever reason, these people do not project infectious virus at a concentration as high as people who do become ill.

A major driver of the epidemic is still people who do not have symptoms because they are presymptomatic, or about to develop symptoms. Unlike most other viral infections, during the 24 to 48 hours before developing any of the symptoms that we know are associated with COVID-19, most people begin to project infectious particles without knowing it. This is the reason that we are all wearing masks in public. Nobody knows who has been infected, or who is already capable of infecting others. Masks can significantly decrease the projection of viral particles, especially before someone develops a cough or sneezing that may be associated with the early symptoms of the virus.

This last discussion of asymptomatic infectiousness comes into play with the potential of the recent protests playing a role in increased infection rates. There are several factors related to the protests that could lead to increased infection rates. The most obvious factor is that many people were brought into close proximity with lots of shouting. This leads to the projection of small particles into the air from the mouth, nose, and throat. The risk here may be further increased because a portion of the protesters, did not wear masks, although assuredly not all.

Going against this risk of increased transmission, however, was the fact that these protests were occurring outdoors. We know from very good data that large-scale transmissions, or super-spreader events, do not readily happen outdoors. Additionally, the nature of a protest is typical that people are moving and circulating amongst the other protesters. This would also mitigate against significant transmission. However, there were also large gatherings without movement during speeches, which could set up for increased transmission.

As we know the incubation period for the virus is generally between 3 and 10 days. There have already been some people test Covid-19 positive from the National Guard teams that were sent to support protest-related security. It will be difficult to conclude then, specifically because in many cases these military teams had meals and lodging in close quarters. The bottom line is that we will be watching the data closely over the next week to see if there are new peaks in areas associated with the protests.

Importantly, however, we also know many people traveled significant distances to participate in these events. There is potential that these people can take new infections back to their home areas also. This will also have to be watched closely over the next week to 10 days. So far, there are no clear trends that can be linked directly to these events. As we look at the general reopening of the country, we see trends in both directions. We are currently not at the point where any conclusions can be drawn from the role of either the protests or the reopening.

What we learn from the dynamics of infection during these protest events may inform us as to the risks associated with large outdoor crowds, including sporting events. The idea of tens of thousands of people in proximity to each other, many of whom are frequently shouting, are characteristics in common with both events. Therefore, if we do see significant increases in infection rates that appear to be linked to the protests, that would speak against large sports crowds until we have a vaccine.

Several companies are coming to the market with saliva-based testing as an alternative to nasal swabs. The benefit of this type of testing is that the test can be performed, under supervision, by the person who is being tested. This makes the testing process much easier and safer for everyone. This test, however, still requires obtaining the test equipment, performing the test, and then shipping the test to a laboratory. The results of these tests are typically received in 2 to 3 days. So far, the accuracy of the test appears to be comparable to the large laboratory-based tests. So, this test addresses two of the characteristics that we are looking for to make testing as useful as possible. For the greatest utility, tests need to be fast, accurate, and, easy to perform. This test addresses the last two but it is still far from the immediate test that we will need to make for testing to play a major role in the “test and trace” strategy that public health authorities are looking for.

← Prev: Reopening, Vaccines, and a Second Wave Next: Current Trends of COVID-19 →