Following a short, but relatively steep increase in COVID cases following the Thanksgiving weekend in the US, cases leveled off by the end of the first week in December and have been flat up to the Christmas weekend. It’s still too soon to identify any trends coming out of the Christmas holiday in the US, but so far, the data that is available is not showing any increase and, in fact, at least initially is showing lower COVID rates in the US, as well as most of the world. One caveat is that reporting systems are typically disrupted over the year-end holidays and that the combination of travel, gatherings and minimal increase in baseline vaccination rates may combine to push case rates higher over the next couple of weeks, but for now, the data is looking pretty good. What we see over the next week, however, will be important as systems come back online with the New Year. Recall that the data looked good very in early in January last year and then we had a short but very steep spike. It is, of course, a very different dynamic this year, so we don’t expect a repeat, but, again, this is something we need to keep an eye on.

However, the top-line numbers don’t tell the whole story. While throughout the pandemic, older age groups have borne the brunt of hospitalizations and deaths, over the November to early December mini-surge, hospitalization and death rate increases for the 70+ demographic have been well out of proportion to younger ages, and even the 60–70-year-old age group and has seen rates continue to go up, even as every group under 60 has seen recent downturns. Over the intermediate term, nearly 80% of all deaths from COVID have been in the 65 and older age group, despite this group representing only 17% of the population and 53% of all deaths are in the 75+ age group which comprises less than 7% of the population.

The two take-home messages from all this are two: First, the greatest bang for the buck in prevention is in protecting our seniors, because they do have the highest risk, and second, younger people without risk factors are not at significant risk.

More broadly around the world, excluding China, cases reached a recent peak about 3 weeks ago and have been down about 15% since then. Deaths have a similar pattern, although not down quite as much. Few areas are seeing widespread cases, although case levels are still high in Japan, Korea, Taiwan, and New Zealand. Of these, only Taiwan continues an uptrend. Europe generally is seeing a continued reduction in cases, although the caveats we outlined above regarding the holiday data do apply.

We are seeing a new variant take center stage and predictably, mainstream news organizations are writing that this is the “most infectious variant ever seen.” Yes, that’s true, but it’s almost by definition that the most predominant variant is going to be the most infectious variant. That is exactly how evolutionary pressure works. However, that does not necessarily mean a significantly greater impact. So far, this new variant, Omicron XBB.1.5 is out-competing other omicron variants, but as with so many previous omicron variants, so far it does not appear to have greater clinical disease effects. BQ 1 and BQ 1.1, which replaced BA.5 over the mid-fall, were also touted as the “most infectious variants ever,” but they did not cause more severe disease, and now as we are seeing XBB variants replace BA1 variants, the story appears to be the same.

The bigger concern is what is happening in China. Because China has lower population immunity and a very large population, simple probability tells us we will see more variants. So far, however, this is not happening. The most widespread variants in China are BA 5.2 and BF7, two variants known in North America and Europe, but neither has had major severe effects. They are responsible for over 95% of Chinese cases, but thankfully, the World Health Organization has seen no evidence of variants that have the potential for significant global impact.

This is important because the Lunar New Year, the greatest annual travel period of the year by simple numbers of international travelers, starts in slightly over two weeks. You may recall that the event that really kicked off the pandemic was the Lunar New Year of 2020 as this is what carried the virus around the world so rapidly. This is not to say that a pandemic spread would not have happened anyway, but there is little doubt that this was responsible for the initial speed of spread.

This Lunar New Year concern, coupled with the rapid growth of cases in China as restrictions have been reduced there is what has driven many governments around the world to reinstate restrictions on travel from China. In most cases, as with the US and the EU, the restriction is a targeted pre-travel PCR testing requirement, but depending on what data is showing prior to the actual holiday period, which is the week beginning January 22nd, multiple countries have indicated the potential for greater restrictions. These restrictions could include potential outright travel bans or mandatory quarantines. Most authorities do not believe it will come to this, but international travelers should be very careful about travel involving China until mid-February because of the possibility of pop-up restrictions.

While there are many reasons to be concerned with how China has handled COVID-19 and even more reasons to be concerned that they are not being transparent with where things stand today, as you listen to news reports, the same issues that have plagued reporting since the beginning of this pandemic apply here; namely, news organizations are going to play up risks and concerns about huge numbers because it is difficult to prove dismal prognostications wrong and the worse it sounds, the more people will want to follow the developments, thus selling more of the news outlets’ product.

So, while it would not be appropriate to say there are no concerns or that the reports of concern are unfounded, it is also important to keep in mind that just because COVID has been kept under tight control in China for almost three years, it does not mean that China is now going to have to go through everything that many other countries have gone through for several reasons:

Remember that removing the “Zero-COVID” approach does not mean that there are no controls. Chinese health authorities have seen how reduced controls, including home quarantines and isolation, potentially requiring masks in crowded public settings, and well-thought-out application of screening testing can effectively minimize the transmission of COVID without shutting down activities. Additionally, many of these mitigation steps can be made more or less stringent depending on local disease rates.

The bottom line is that people should be concerned that China is not readily sharing information needed to most effectively target mitigation steps, including genetic surveys for potential variants and true case rates and death rates, but that does not mean that this is blowing up and becoming out-of-hand. Is it possible that China’s actions will cause a recrudescence of COVID around the world? Of course, it’s possible and we must remain vigilant, but that does not mean that is happening or even that that is a likely outcome.

After we saw very high and rapid increases in flu rates in the US and Canada up to early December, flu case rates have come steadily down. To some extent, the reporting issues described earlier related to year-end holidays may also be affecting flu data, but there is a month-long trend of decreasing cases. Europe has had a recent mixed history, with more southern countries, as well as the UK, reporting low, or even baseline levels, while France, Austria, and Russia are reporting very high flu levels. European rates did not see the late fall run-up that was experienced in North America, so it may just be that Europe is catching up.

An important consideration is that this year’s flu vaccine is an excellent match for circulating strains, so while the flu shot never has a great complete protection efficacy, it is still having a very positive impact on limiting the impact of flu this year. If you have not received a flu shot, it’s not too late.

The other major concern earlier this season was RSV. In late October and early November, pediatric hospitals in both Europe and North America were having to activate emergency plans to deal with the caseloads. By mid-November, however, RSV cases peaked, trending down precipitously, and are now at levels below any recent non-COVID year.

So, what are the actionable take-homes this week: 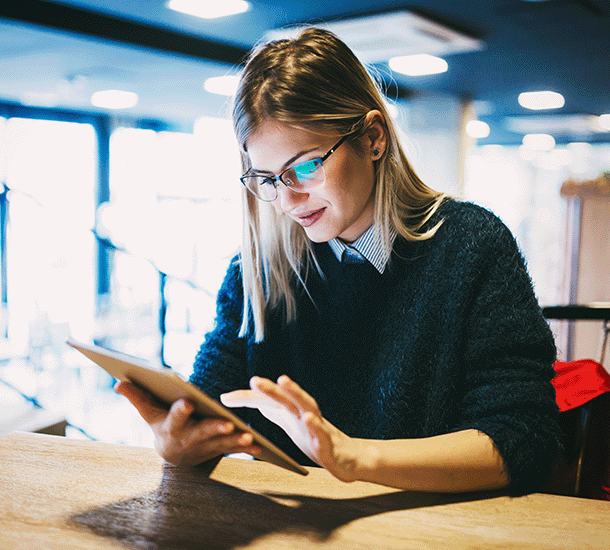 We are at a very different place heading into the holiday season than we were last year, and with some forethought and precautions, we all can have a good end of the year.