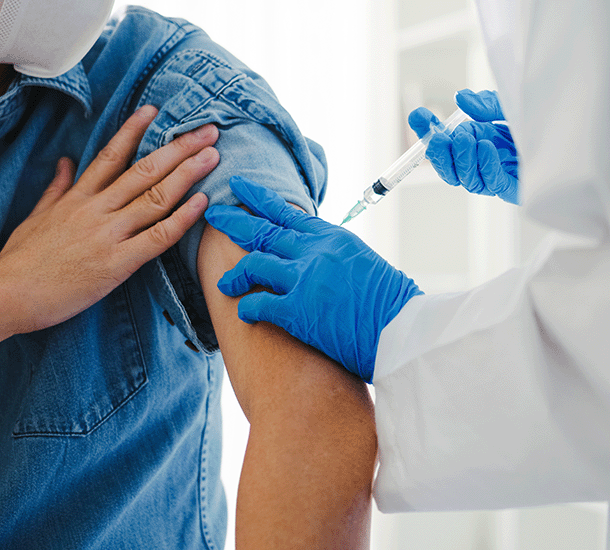 As we have mentioned over the last couple of weeks, we are most likely moving into the endemic phase of COVID-19. We will be reducing the frequency of these updates to every 2 weeks unless there is a notable issue. There is a notable issue this week that is generating a lot of questions: the announced availability of a second booster dose.

Just to be clear, what we are discussing today is focused on the second booster dose. This week, the FDA and CDC updated their authorization and guidelines to allow certain immunocompromised individuals and people over the age of 50 who received an initial booster dose at least 4 months ago to be eligible for another mRNA booster. There is very little question that a first booster is an important component for protecting against severe disease or death for everyone who is eligible for vaccination. Across the board without major variations in ratios by age group, people who did receive a booster were 21 times less likely to die from Covid compared to those who were unvaccinated and 7 times less likely to be hospitalized. Given the relatively low side effect profile, especially in the mRNA vaccines, the risk-to-benefit ratio clearly favors the first booster.

That same calculus does not apply with a second booster. The issue has to do with the difference between antibody-based immunity and cellular-based immunity as we have covered in previous updates. With chronic viruses in general, including SARS-CoV-2, the antibody component of immunity is not durable. Within about 4 to 6 months after either vaccination or an infection, the antibody level in most people decreases to a level that does not prevent the beginnings of an infection. What is durable however is the cellular-based component of immunity. This component of immunity kicks in at the onset of infection but takes 48 to 72 hours to have a maximal effect. This means that the more superficial aspects of infection will hit, basically causing cold-like symptoms, but more serious aspects of infection will be prevented in most people. While the first booster is important for ensuring robust cellular immunity, the second does not appear to be as important for that. Subsequent boosters will likely reduce the risk of early and milder infections but will have little added benefit in further reducing the risk of serious disease or death in people without significant risk factors.

For people who do have significant risk factors, including older people, who probably do not want to take the chance of even a mild initial infection overwhelming their immune system, so for these people, infection avoidance is important, and a second (and likely subsequent) booster is reasonable. At what age should the “older” criteria come into play? That’s tough, the CDC says 60, but a healthy active person in their 60s without significant risk factors is likely still well protected after the first booster. As people get over 70, the number with no risk factors gets smaller, so maybe 70 is a reasonable arbitrary age, but I would recommend a more individualized assessment with a trusted knowledgeable physician.

For people who are routinely around others with risk factors, especially if they are not recently boosted, are still ineligible for vaccination, or are at a higher risk of severe disease, such as people with infants, infection avoidance is important so they can reduce the risk of carrying the infection to the at-risk person. In this scenario, a second booster is reasonable.

Generally, the relatively young and healthy population who is already at exceedingly low risk of severe disease or death, the data does not, at least so far, make a compelling case that avoiding a milder infection outweighs the risks or concerns with injecting another batch of foreign proteins into your body, especially in areas where the infection incidence is low to begin with. This analysis may change in areas where rates are higher, or in the fall when the incidence of respiratory infections goes up, or even if the vaccine is modified to have even greater efficacy against the currently circulating strains.