This Week in COVID-19, Recent News, Vaccinations, and New Strains 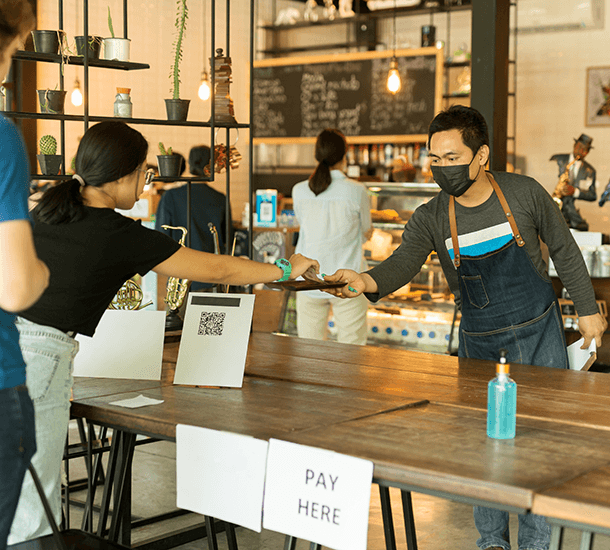 News this week has been dominated by vaccine issues. That is completely understandable, as vaccines are what will bring us out of this epidemic, and that will happen over the next few months. But until that happens, it is still important to minimize transmission of this disease. Early in the epidemic, the definition of a COVID-19 death captured too many deaths that would have happened this year anyway. While there is still debate about the statistics, there were over 200,000 more deaths in the United States in 2020 than in 2019, with minimal increase in population due to the decreased immigration. Without going into the argument on the actual number, this tells us that COVID-19 does kill people. With increased cases following the various year-end holidays, we have seen parallel increases in both hospitalizations and deaths. We have reviewed these statistics before and while there are some problems with all of the statistics, the bottom line is that many, if not most of us, have engaged in actions over the last few weeks that have facilitated the increased transmission of the virus, including travel and holiday gatherings. The corollary is that by engaging in reasonable modifications of behaviors as the holidays come to an end, we can reverse the trends until vaccine leads the way to stop the epidemic.

It has become clear that “Pandemic Fatigue” has set in as people have tired of staying home, avoiding group activities, telework, masking wherever they go, etc. This was especially true over the year-end holidays when people decided they had enough and were going to get together with friends, colleagues, and family. But this gives me hope for bringing the numbers back down. Traditionally, the months of January and February have been called the “hibernation period.” Even in normal years, these cold post-holiday months are when people tend to stay in, with many, but not all, markers of social activity at their lows for the year. This, combined with increasing immunity in the population from both cases and immunizations, will serve to start bringing down case counts and then hospitalizations and excess deaths over the next couple of weeks. Still, this depends on people understanding that there is still significant COVID-19 in the environment and that not taking reasonable precautions to lower risk brings with it an element of playing Russian Roulette. While Pandemic Fatigue has caused many to become complacent about risks, the fact is that cases and hospitalizations are at the highest they have been at any point in these epidemics in many parts of the world, including the US, the UK, and most recently, Japan.

There were optimistic predictions in mid-fall that we would be able to distribute 30-40 million doses by year-end, and even in early January, the estimates were still at least 20M vaccinations would be administered. The real number was under 15M doses distributed by Dec 31. Then of that 15M, roughly a quarter of the doses were administered to individuals. Is it the Federal government’s fault? They are responsible for the high-level distribution, so there is certainly some responsibility therefore not getting to the numbers expected by year-end, but they did get about 75% of their goal out to the states. The process for getting people vaccinated typically belongs to local governments, and that process has been slow; again, with only about a quarter of available vaccines administered in the US.

Trying to kick off this major program just as the holidays were starting certainly has played a big role, but maybe that was a little bit of a blessing in disguise as it let the state and locals get the kinks out of their systems. In the US, The Surgeon General specifically admitted that holiday-related slowdowns were an issue in that many health departments and health systems went down to lower staffing levels over this period while simultaneously dealing with an increased number of cases.

The real determination as to when we will get out from under COVID-19 will come over the next two weeks. With the year-end holidays gone and the production and distribution systems in full swing, we should know by late in the month if the governments responsible for “the last mile” of distribution and actual vaccination are up to the task.

At this point, local governments are still focused on healthcare workers, nursing homes, and first responders. Most locations anticipate another 1 to 2 weeks with this group before moving to the next group which, in most locations, will include people over 75 and essential “public-facing” workers such as postal and delivery workers, transportation workers, food service workers, grocery workers, and similar positions. The process will hopefully be sped up by that point and should be able to move on at some point in February to people with significant medical conditions and other essential industries that are not specifically public facing such as financial services, energy services, public works, etc. The exact components and timing of each phase can vary by state, however. New York, for example, had published their own prioritization, but in the face of public outcry, they pulled the published priorities and just said they will announce weekly who is currently eligible. Florida, the state with the highest percentage of the population over 65, simply opened the gates to everyone over 65, first come, first served, while vaccinating healthcare workers and nursing homes in parallel. This will be a good example of a real-time “market-based” government as the states that are faltering will be obvious to all and the states moving expeditiously will be emulated.

One other significant question that has come up regarding vaccinations is whether pregnant women should get vaccinated. News has been back and forth on this, but The American College of Obstetrics and Gynecology (ACOG) came out with a strongly worded report for the safety of vaccination in pregnancy, including their assessment that the combined high risk for infection associated with the potential for serious illness if infected outweighs any potential risk from the vaccine. There are still many people who are concerned that the mRNA vaccines are too new to be used on pregnant women without further data, but the ACOG statement thoroughly addressed the reasoning behind their support in a very scientific manner.

There is some developing concern that these strains may decrease the effectiveness of the monoclonal antibody treatments as at least one of the protein segments that changed appears to be part of the monoclonal antibody. If that is the case, then that treatment would require modification to regain full effectiveness, but the reality is, that these treatments are not being used anywhere near as much as was expected, anyway. If you do develop COVID-19 and you have any risk factors for severe disease, make sure you press your medical team to either give you monoclonal antibodies or explain why not. This does not apply to everyone but should apply to anyone with risk factors.

Importantly, there is no current concern that the vaccines will be less effective against these strains, although testing is going on. There may be slight tweaking needed down the road, much the way flu shots are adjusted every year, but that should not require a whole new study and approval process.

← Prev: COVID-19 Epidemiology, Testing, and Treatment Next: This Week in COVID-19, New Strains and Vaccinations →