This Week in COVID-19, What We’ve Learned Since March 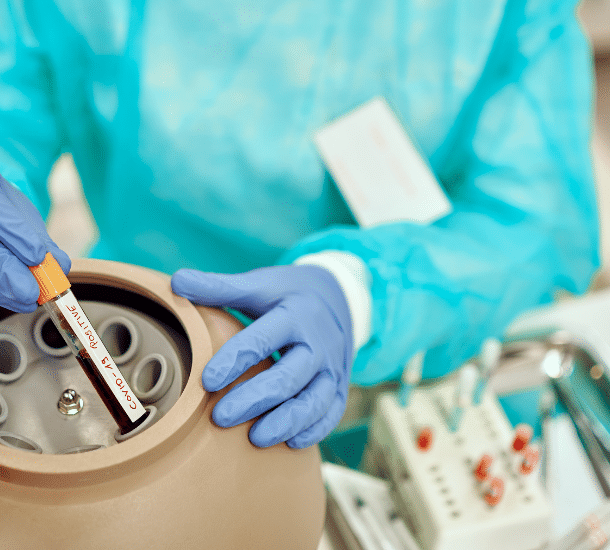 There is very little news to report this week, so instead, we will look back at some of the original reports from March. At that point we still had the Surgeon General of the United States telling us that masks were only needed for healthcare workers and that the lockdowns were going to be “30 days to save lives”. The general thought at that time was that COVID-19 behaved much like influenza with transmission highly dependent on surfaces. With summer approaching, officials thought that the warmer weather would bring at least a temporary end to major transmission.

What really happened was the warmer weather brought people out of their small group isolation. This led to people gathering in groups, creating many super-spreader events. These super spreader events formed the basis for a second wave in mid-summer, especially in North America. Through those events, we learned that surfaces were not the major drivers of transmission, instead, it was the airborne component of transmission. Through that, we learned that the most dangerous environment is one with few air changes and many people close together especially with loud talking, singing, and cheering. Bars and choir practice rooms became the stereotypical areas to be avoided to lower your risk of infection.

Through the summer, Europe was held up as the world example of how to manage COVID-19 correctly: Wear masks, minimize indoor gatherings, social distance, and we could all get through this. But then in August and September, Europeans developed their traditional wanderlust, with vacations and other travel returning to high levels. The enviable low levels that were seen in Europe through late spring and early summer gave way to the fall wave of which we are still in the midst.

What specifically is driving this new wave we do not know. Cooler weather pushing people indoors in closer environments is likely a part, but another major part is people having quarantine fatigue. These individuals do not see many others in their direct social circles developing severe disease. On the contrary, amongst young people, what they see are people with mild symptoms asking what all the fuss is about. Unfortunately, there is evidence that as the disease spreads amongst these people who are not taking precautions, into the at-risk communities. Fortunately, case fatality rates and case hospitalization rates continue to go down. Although, as cases continue to increase-significantly in some places, the absolute numbers of hospitalizations and fatalities have increased, but not to the levels seen previously.

Well executed studies around the world are increasingly showing that a history of COVID-19 infection reliably results in protective antibody levels. Unfortunately, with any infectious disease, there will be examples of people who do not mount an adequate antibody response or who may even become infected a second time. Consequently, authorities around the world are very resistant to saying that a history of infection, even with the documented presence of antibodies, is enough to let any individual assume they are immune. Given the combination of quarantine fatigue and data showing that almost all people who have been infected are relatively immune, authorities are beginning to consider allowing people with reasonable evidence of immunity to consider themselves relatively immune. This is not currently the case, but guidance along these lines should be coming out shortly. This will result in some difficult sociologic implications as we end up with 2 groups of people: Those with the immunity golden ticket, and those who still need to protect themselves, their loved ones, and those at risk because they are presumed to lack immunity. An important part of demonstrating immunity will be serology testing or blood tests to demonstrate the presence of immunoglobulins or IgG against SARS-CoV-2. Generally, we have been recommending that people who either know or highly suspect that they have had COVID-19 get tested for IgG about 3 to 4 weeks after their symptoms or positive test. Remember, however, that even if you have a history of COVID-19 and even if you have a positive IgG test, that will not matter to authorities who require negative viral tests for things like exemption from travel quarantines.

The other 2 types of tests available for detecting the presence of disease are so-called molecular tests which are mostly of the type commonly known as PCR tests, and antigen tests. Despite a continual push from the medical community and government for increased testing capacity, especially rapid testing, there remain only 7 emergency use authorized rapid molecular test devices and 6 emergency use authorized rapid antigen tests. There are other rapid antigen tests, primarily imported from Asia, for which use is allowed, but the quality of these tests has been uneven. It is generally best to stick with a EUA authorized test, although there are some good, imported tests available if you have someone competent evaluating their quality.

Experts consistently recommend that antigen tests, which are typically easier and cheaper to perform, should be limited to validating a suspected existing infection. Increasingly, however, these tests are being used in the workplace and educational settings to screen for disease. While this can decrease the overall risk in the workplace or school to some extent, there has been an increasing problem with false positives, in addition to the know high false-negative rate.

The gold standard test continues to be the PCR test. Over the past month, the use of saliva-based PCR tests has been growing, especially in screening situations. While not as rapid or inexpensive as an antigen test, the saliva-based tests will likely be the best tests for screening situations as opposed to disease confirmation situations. These tests are still primarily done at regional labs, resulting in at least a 24-hour delay from the time of test to a result. If you know you are going to be in a situation where a test will be required, obtaining the sample material for the saliva tests in advance of need and then express shipping to the lab is proving to be a reliable and effective way to get an accurate and relatively speedy result.

For the past 2 months, we have been talking about 4 major European and North American vaccines in development. These are the Moderna messenger RNA vaccine, the BioNTech, and Pfizer messenger RNA vaccine, the Johnson & Johnson human adenovirus-based vaccine, and the AstraZeneca and Oxford University chimpanzee adenovirus-based vaccine. Although a couple of these vaccines had testing pauses last month all are now back on track.

Pfizer had expected to announce initial results by the end of last month, but last week, they announced that they had not had enough testers become infected with COVID-19 to be able to draw adequate conclusions as to the effectiveness of the vaccine. With the current increases in case rates around the world, we should expect that they will reach significance at any time now. Similarly, Moderna expects to have initial results adequate to proceed with the emergency use authorization application by the end of this month. Johnson & Johnson and AstraZeneca, the 2 companies which experienced study delays, both expect to reach study significance by the end of the year.

Over the last month, there has been a new entry into the Vaccine race as Novovax of Maryland has moved all the way into phase 3 studies in the United Kingdom with a larger phase 3 study in the United States to begin by the end of this month. True to its name this is a novel type of vaccine which grafts target proteins directly onto microscopic particles that are injected to stimulate the immune system. No vaccines at this type have ever been approved although a flu vaccine which has been in development for years completed its phase 3 trials in March and is in the approval process.

Putting all this together, this still looks like vaccination programs will kick off during December, with wider spread vaccinations rolling out over the first quarter and throughout the spring of next year. Many skeptics in the media point out that we do not know what the effectiveness of these vaccines will be on a population basis, so we should be careful about thinking that this will be the magic bullet to end COVID-19 disruptions. This may be the case, however, between the combination of natural immunity from people who have the disease plus the results of even a marginally effective combination of vaccines, this will be enough to relegate COVID-19 to being looked at as no worse than a bad flu. This does not mean it will reduce COVID-19 hospitalizations and deaths to zero, but it should get us to a level where we can treat this the same way we treat the flu every year.

Regarding the flu, it is not too late to get a flu shot. It is critically important for everyone around the world to get flu shots this year. There continue to be reports of spot shortages of vaccine manufacturers that are committed to ensuring the need is met. Please do not pass up an opportunity to get vaccinated.