This Week on COVID-19, Case Rates and Vaccine Progress 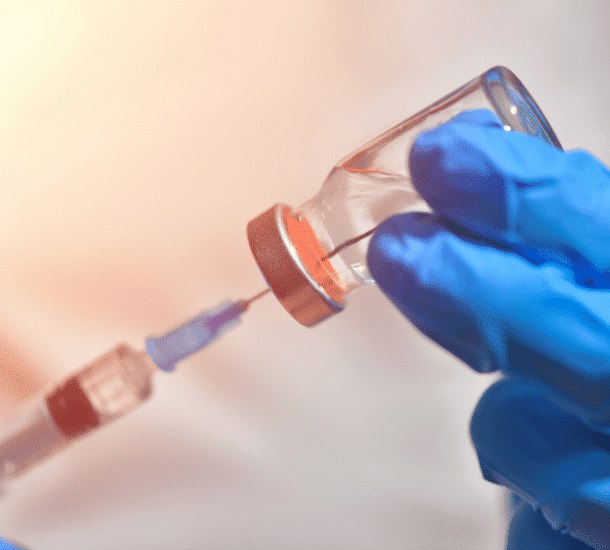 Just in time for Thanksgiving, COVID rates have started to come off the highs that we saw through the month of November. In the US, as of December 2, COVID rates were flat or down in 34 states, a big change from mid-month, when rates were up nationwide. Not surprisingly, the biggest decreases are coming in the states that had the biggest increases such as the northern Great Plains states.

In Europe, rates during this fall wave peaked in early November and have been steadily down ever since. Case rates in Europe are still approximately double the rates seen in the initial spring wave, but they are much more evenly distributed throughout the continent, helping to mitigate the feared impacts on European hospitals.

In Asia, case rates have remained relatively low, but with frequent mini waves with differing etiologies, causing health authorities to continually recalibrate their response to address the latest identified source. Korea and Japan are currently at the highest levels they have seen at any point in the epidemic, but still much lower than those seen in the past month in Europe and the US. Singapore remains at negligible levels as do rates in China.

The big question in the US, however, is how the Thanksgiving holiday will affect the COVID rates. If there is to be a bump in the rates, we will likely know by this coming Monday whether it is significant.

This American Thanksgiving impact is not important only for the US, because what happens over the next week or so, based on Thanksgiving, will inform the whole world on whether or not there are large implications for the upcoming Christmas and winter holidays.

News stories of the last few days have all but ignored falling case rates, instead of focusing on the increased hospitalization and death rates. Remember that hospitalizations and deaths are trailing indicators and are now reflecting the increased cases we saw through November. We would expect that hospitalizations and deaths will continue to increase for the next week or so, following the case peak about 10 days ago, and then they too will start to come down. Again, however, all of this is dependent on what happens due to Thanksgiving.

The data coming out of the vaccine studies has been excellent with roughly 95% effectiveness shown for both of the messenger RNA vaccines from Pfizer – BioNTech and Moderna, and just slightly lower effectiveness for the AstraZeneca simian virus-based vaccine. Yesterday, the United Kingdom announced the approval of both the Moderna and Pfizer vaccines, which generally applies to The United Kingdom and the British Commonwealth nations. While Prime Minister Boris Johnson acknowledged that the numbers of vaccinations will be small to start, they expect tens of millions of vaccines to be available early in the new year. Priority there will be to immunize nursing home residents, then moving to healthcare workers and first responders. In the United States, the Food and Drug Administration announced that the committee reviewing emergency use authorization applications for vaccines will meet on December 10th to review the Pfizer vaccine and on the 17th to review the Moderna vaccine. Assuming no hiccups, the Surgeon General announced he expects that the FDA commissioner will act on their recommendations within 24 to 48 hours of the committee meeting paving the way for the first public immunizations to begin on or shortly after December 14th for Pfizer and December 21st for Moderna as initial manufacturing and distribution is already underway.

The National Academies of Sciences, Engineering, and Medicine committee that was chartered by the Centers for Disease Control and Prevention to provide recommendations on vaccine priority issued its draft final report on Tuesday and accepted comments through close of business yesterday. In this report, the National Academies recommended prioritization based on risk which they defined as a higher risk of contracting COVID-19, a higher risk of severe disease or death, a higher risk of transmitting the disease to others, or a higher risk of negative impact on others if they became sick. Importantly, this prioritization schema does NOT include direct economic impact.

But it looks like the National Academies’ first priority for vaccination will be at-risk people in nursing home type situations and their caregivers, a number totaling around 3 million, as well as frontline health care workers, which number 10-16M depending on how a healthcare worker is defined. Importantly, these are just recommendations. Immunization programs and prioritizations are functions of state governments and exact priorities and procedures will be announced on a state by state basis. Over the past two weeks, the federal government’s warp speed program has been collaborating with states on mock vaccine distribution drills based on plans that have been in development for months. Reports are that these distribution drills have gone very well, and now individual states are conducting their own last-mile drills for delivering vaccines to various types of vaccination locations and conducting vaccine administration exercises.

As far as the media watch goes, there is a steady drumbeat on the inadequacy of vaccine doses available. While it is true that the industry cannot manufacture 600M doses on the day that they are approved, this role out will proceed expeditiously. It is worth noting that despite the continued discussion in the media about how difficult and time-consuming this will be, the truth is but this is not an order of magnitude greater than the annual vaccination programs that we do for influenza. To keep this in perspective, remember that in the United States (and with comparable programs around the world), 160 million people are vaccinated every year between roughly Labor Day and Christmas, with the bulk of those vaccinations occurring in October and November. We are currently looking at a complete vaccination program that is probably about four times that size because the goal is to immunize roughly twice as many people with 2 doses needed for at least the initially available vaccines. But at the same time, billions and billions of dollars have been allocated to the distribution and administration of these vaccines, so as long as the media does not foment a panic over availability, it is completely reasonable to expect that this program can get people vaccinated by the end of spring, with the significant impact being seen as we approach herd immunity a month or two before that.

So, considering all of that, predictably, the most common question being asked is “when will I be able to get a vaccine?”.

The basic answer to this will depend on which priority category that you fall in to, but the basic categories are shaping out as

The final prioritization will be at the state level (or country-level outside the US), with the biggest question being if and where critical workers in essential industries will be included in the priority order.  Many states are including these workers in-between Priorities 2 and 3 and seem to be leaning towards using the same critical industry definitions they have used throughout. Expect a significant amount of politics to come in to play here.

As far as timeline, there are still many moving parts, but at a very general level, priority 1 will take December and much of January, Priority 2 -January and February, Priority 3 beginning sometime in March and lasting into the summer and beyond. Then children will get a big push for immunization either over the summer or potentially as a component of returning to school.

The CDC did make a major change in their recommendations for quarantine after close contact. Up until now, the formal recommendation has been 14 days with essentially no exceptions. Yesterday, for a number of reasons including both better science as well as some behavioral considerations, they decreased the quarantine period to 10 days with an option to decrease further to only 7 days if accompanied by a negative test after day 5. CDC said that either an antigen or a PCR test could be used, but a PCR test is still the preferred option.

← Prev: This Week on COVID-19, Increasing Case Rates and Thanksgiving Next: This Week On COVID-19, Emergency Use Authorizations and Operation Warp Speed →