This Week On COVID-19, Emergency Use Authorizations and Operation Warp Speed 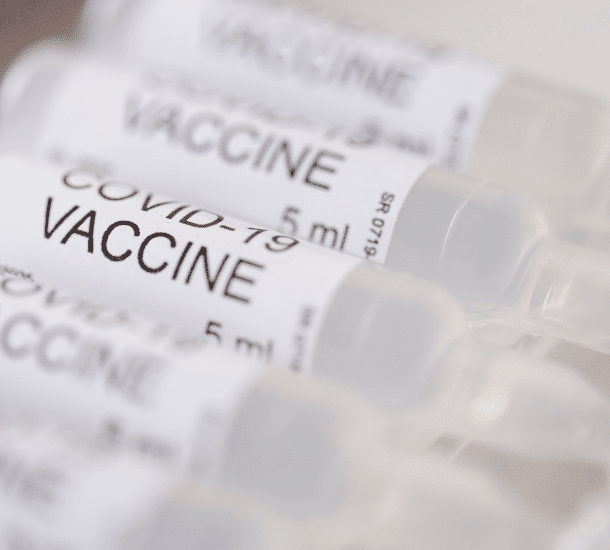 Tuesday, December 8th marks two of the most important milestones in this entire COVID epidemic.

The United States Army 4-star General Gustave Perna, the Chief Operating Officer for operation Warp Speed said today at a White House event said that he expected that the first actual decisions will be delivered within 96 hours after approval by the food and drug administration. United States Public Health Service Admiral Brent Giroir, the assistant secretary for health at the U.S. Dept of Health and Human Services, said that he expects that may even be a day or two quicker than General Perna’s estimate. As a small side note, General Perna is not a medical officer; instead, he was chosen for this critical mission because he is the U.S. military’s top logistics officer as the commanding general of the army materiel command, the army’s primary supply and services acquisition, transportation, and distribution entity. His critical expertise is leading organizations whose primary purpose is to get needed materials to the end-user in the most rapid, safe, secure, and accountable means possible. The point is that developing, and manufacturing was only half the battle. Getting vaccines into people is the other half.

The medical director of operation warp speed Dr. Moncef Slaoui described his expected timetable for immunizing the American public with a full expectation of reaching 80% of the American public by mid-May. This rough timeline includes 20,000,000 vaccinated this month, 30,000,000 in January, and 50 to 75,000,000 people vaccinated each month until we reach full vaccination. If we include the number of people who already have some degree of natural immunity from an actual COVID infection, this puts us on track to reach herd immunity somewhere in April of this year, assuming there are no hiccups along the way.

The basics of the supply chain for the vaccine is that each manufacturer has one major distribution point in the United States. The vaccines will be transported using both ground and air assets to deliver to distribution points within each state. The distribution is being made in amounts proportional to the population of each state. From there each State takes over and it is generally using common carrier shippers to deliver to vaccination sites. These sites are typically routine vaccination providers and large healthcare organizations that will provide the actual vaccinations following the state’s criteria. Each vaccination DOS is accompanied by a vaccination kit which includes a vaccination record card which will serve as both proof of vaccination and an admission ticket for the second dose for those vaccines that require two doses. Importantly, there are no plans for any legal requirement of vaccination, except possibly for school children although that is being decided at the individual state level. Prior experience with vaccination programs has demonstrated that mandatory vaccination can be detrimental to achieving the required number of vaccinations, as many people become resistant when something like a vaccination becomes required by the government.

An important note about the two mRNA vaccines from Pfizer with BioNTech and from Moderna is that study participants have noted that the first shot is much like any vaccine you may have had. Many participants, however, are reporting a brief flu-like reaction to the second shot in the series which lasts about 48 hours and then clears. This has been contributing to circulating rumors that the immunization is causing COVID, but that cannot be farther from the truth. Any difficulties with the vaccine will certainly get top priority in the media, so we should all fully expect there to be numerous stories about possible reactions over the coming weeks.

The timeline of these vaccination plans indicates herd immunity around mid-spring. Reaching the herd immunity threshold, however, may happen even sooner, because of the current rate of diagnosis of new cases which is currently on track to add about six million cases this month. This represents somewhere between ½ and one 5th of the actual number of new cases through the combination of asymptomatic infections and people who simply choose not to get tested.

Speaking of the trends in new cases, we now have a better idea of what effect thanksgiving had on the number of new cases. The analysis is becoming clear and shows us that the combination of students returning home from college for the semester combined with large family gatherings did in fact drive a significant increase in the number of COVID cases. Cases in the last seven days which correspond to people who were infected during the thanksgiving holiday increased by ¼ over the previous week.

This news has significant implications for Christmas, Hanukkah, and new year’s holidays that are celebrated in many areas of the world. The U.S. thanksgiving experience stands in sharp contrast to the European experience which sought a downturn in case numbers beginning in November and continuing through the present. Additionally, it is important to look past the simple case numbers which are extremely variable based on the availability of testing and willingness to get tested. Instead, look at hospitalizations and deaths which are somewhat less subject to other issues. Unfortunately, deaths in the United States are up by almost half in the last week.

Putting together this U.S. Data and comparing it against the European Data one lesson must be taken. This virus still packs a punch. Although the cavalry is coming in the form of vaccinations, this is not the time to let down your guard. Social distancing, especially to include avoidance of large group gatherings, even within families from different households, makes a big difference.