This Week on COVID-19: Halts on Vaccine and Therapeutic Trials 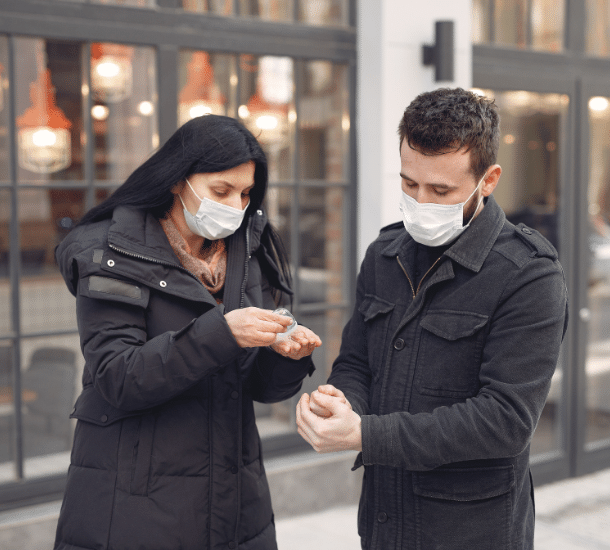 First, on the therapeutics, Eli Lilly is developing a monoclonal antibody therapy that is similar to the Regeneron double monoclonal antibody therapy that President Trump received. The company noted that they were halting new enrollees in their trial of high dose antibody in conjunction with Remdesivir because they were seeing clinical outcomes that were not consistent with pre-planned trigger levels.

As a reminder, a monoclonal antibody preparation is developed by harvesting an antibody against a specific protein on the targeted microbe, in this case, the “spike protein” on the SARS-CoV2 outer shell. The antibodies are taken from the blood of someone who had been infected and are massively reproduced in the lab. These “clones” of the one antibody (hence the term “monoclonal”), bind to the target protein on the virus in an infected person and prevent the virus from entering cells where it could re-produce. The body’s cellular immunity system then engulfs the virus with various types of immune system cells and destroys them. As part of that destruction process, the body often then even more efficiently makes natural antibodies against the virus on its own.

This pause in this study is the big headline, but that study is only one component of a larger group of studies using the same antibody preparation. The component that has been paused was looking at seriously ill hospitalized patients but, this is not the “sweet spot” for use of antibody therapies. This therapy is generally targeted at mild to moderate illness, similar to the degree of illness the President faced.  In fact, studies that are using the antibodies in mild to moderate illness are not only ongoing, but Eli Lilly has enough positive information that they have, this week, applied for Emergency Use Authorization, or EUA, for their monoclonal antibody therapy. Regeneron, the developer of the double monoclonal antibody that the President received, also applied for their EUA. No timeline on potential EUA approvals has been made public. These approvals can be very fast, but with the recent concerns about political pressure over the scientific process, it is likely the approvals period will be measured in weeks, not days.

The day before the Eli Lilly announcement, Johnson & Johnson announced a pause in new enrollments in their vaccine trial because a single participant in the study of tens of thousands developed an “unexplained illness”. No further details have been released, as the company said they wanted to do a full review of the person’s history and course before making any announcements. They indicated, however, that a restart could happen in days.

The other major vaccine trials continue throughout the world except for the AstraZeneca trial which has restarted everywhere except the US. The FDA has not indicated what their criteria are for allowing the restart, but after an additional month of an international trial, while the FDA continues to study the issue, there have been no new reportable events.

The team of BioNTech and Pfizer have said that they expect to be able to release initial safety and efficacy information this month, but it is not clear if they believe this will be enough information with which to apply for a EUA. If approval is given, they are on track to deliver 100M doses by December.

Case counts in the UK are higher now than they were in April and the European Region as a whole is seeing case counts almost double what they were in the initial wave in April. Especially hard-hit areas include central Spain, Austria, the north of England, Northern Ireland, and both far northern and southern France. Germany and Italy are seeing increases, but a much flatter curve than these other locations. Most of Greece, Eastern German, Finland, and northern Norway remain at near negligible levels. The European CDC is trying to understand the causes of these divergent patterns, but no real explanation has yet emerged. Travel is likely an important component, but certainly not the dominant factor. There is some evidence that this European wave may be peaking, but it’s too early to tell.

In the US, current levels are at about 75% of the peak seen in mid-July, but they are still steadily rising…not as fast as of late June and early July, but there is no evidence of a new peak. 12 states, without any discernable regional pattern, have seen increases in case counts of greater than 1/3 in the last week, while only 8 states have seen a decrease or no change in cases.

In many people’s minds, however, the bigger issue is fatalities. We will not go into the difficulties in really determining what is a “COVID-related death”, but the fatality rate is down or flat in 27 states, DC, and all of the territories. The daily death rate is a little over 700 deaths per day which is less than a third of the death rate seen in mid-April. The better data will only be available in retrospect when we can look back to see the actual number of total excess deaths in 2020 versus 2019 adjusted for changes in population, and will really require also looking at deaths in 2021 to get a better idea of how many of these deaths would likely have occurred in the near future without COVID.

Lastly, more and more testing capability continues to be announced, but test demand continues to outstrip availability in many areas. The Yale-developed saliva test has reached commercialization and is generally available for less than $50 including shipping. This test has to be shipped to you, then you give the saliva sample, and then ship it back. The turnaround time is still not adequate, but for situations where you predict you will need a test and order in advance, such as with international travel, or periodic testing for risk reduction, the turnaround time can be as short as the next afternoon making it a viable option.

A very large study done by Yale University showed that children’s daycares do not contribute to the spread of COVID-19. Neither caregivers nor children in daycare demonstrate higher rates of disease than matched persons not in a daycare situation. This is not a trivial finding because the lack of access to daycare has been a major issue for many younger parents in getting back to work.

← Prev: This Week on COVID-19: The President's COVID-19 Infection, and Planning for Holiday Travel Next: COVID-19 Prevention, Treatment, and Epidemiology →