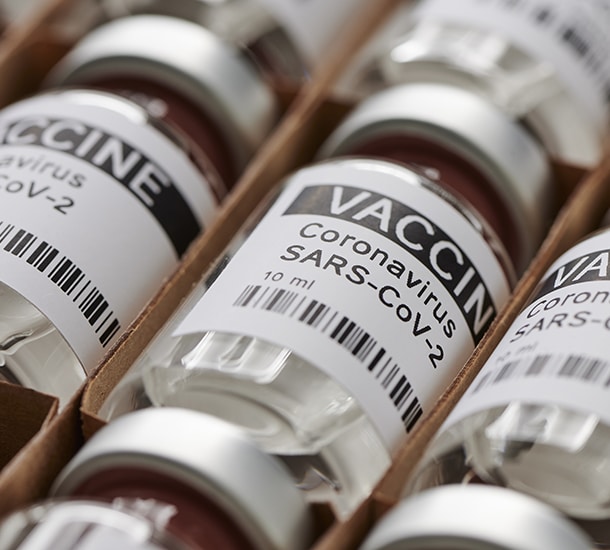 The biggest news this week is that both Dr. Stephen Hahn, Commissioner of the Food and Drug Administration, and Dr. Tony Fauci of the NIH both said that a limited Emergency Use Authorization for at least one of the vaccines, and likely two of them, could be issued as early as late next month or early in November. The idea is that if the vaccine is looking to be effective, healthcare workers on the front lines of care would be immunized as part of an effort to ensure we have maximal care capacity in case of a new wave in the fall as cooler weather drives people indoors.

This also opened the first salvo in what will surely be an active political debate in determining who should get early priority on vaccines. Beyond healthcare workers and national security personnel, the National Academies of Science, Engineering, and Medicine issued a recommendation at the request of CDC. It places highly vulnerable populations, including nursing home residents, the homeless, Native Americans, and those incarcerated at the top of the list.

A small speed bump in the vaccine distribution effort was publicly identified this week. Initial projections show that some of the candidate vaccines will need to be stored at -94 degrees F (about the temperature of dry ice) and the remainder at a little below 0 F. The latter is manageable with typical medical freezers, but the former requires specialized laboratory-grade deep freezers. This will mean that typical distribution channels for vaccines through community clinics and pharmacies will not be viable and large-scale vaccination centers, likely operated by public health agencies in conjunction with the National Guard will be required for ensuring maximal protection of available vaccine supplies.

The vaccine prioritization plan, with the difficulty in distribution, combined with the underlying distrust in government and authority could set the stage for a rocky winter, especially given the media’s penchant for maximization of any perceived inequities in services.

On the other hand, as people are seeing the changes in the epidemic with continually decreasing death and hospitalization rates, many may shrug off vaccination program bottlenecks and allow things to settle out over time.

In any event, as you are listening to news reports on vaccine effectiveness, keep in mind that there are really three measures of effectiveness and that reports are not focused on the most important because that is the more difficult to measure. The three measures are:

Clearly, this third category is the most important since if we can prevent serious illness or death, the rest does not really matter that much. What is being measured, is the effectiveness in preventing infection because the incidence of death is not high enough to measurably study in the initial trials. Even with questions about the rate of infection prevention, if there are indications that the vaccine can prevent serious illness or death, then this will be a win. Keep that in mind when you hear initial effectiveness data being released. Remember that some years, flu vaccines have raw effectiveness rates below 50% (meaning 50 out of 100 people exposed to infectious doses of flu will get it even if immunized), but this is still felt to have significant importance for saving lives.

Pooled analyses of recent trends across multiple countries, including the US, were released this week. What this showed was that from a public health standpoint, the Infection Fatality Rates by age group were as follows:

It’s very important to understand these relative risks. As a point of comparison, a twenty-one-year-old has about a .04% annual fatality rate due to car accidents. It’s not hard to understand why a healthy college student is no more concerned about going to college parties where they might contract COVID-19 with a 0.05% fatality risk than they are about driving cars with a 0.04% annual fatality risk. Of course, that does not address the second-order effects, but college-age people are not traditionally good about considering these types of effects.

At WorldClinic, we have noticed that several of our members have started planning for international travel. As you consider plans, remember the 1, 10, 25 mnemonic for risk. These numbers represent cases per 100,000 per day averaged over the previous week. 1 or so is a negligible risk, single digits are sporadic transmission (so take routine precautions), 10 to 25 is controlled local transmission, so masks and social distancing should keep you healthy, and >25 is uncontrolled local transmission where you may want to rethink your plans. Another thing to keep in mind is that more than 90 countries are requiring many if not most travelers (and always including travelers from the US) to present a very recent COVID-19 PCR test in order to be admitted to the country. Another 30 require the test for the traveler to be exempt from quarantine on arrival. Importantly, in almost all cases, a negative antigen test is NOT acceptable proof (assuming that the immigration officer knows the difference between a PCR and an Antigen test). 60 of these countries also require follow-up testing a specified number of days after arrival. If you plan to travel internationally, make sure you are aware of the regulations for the country to which you are traveling.

← Prev: COVID-19 Testing, Therapeutics, and the Possibility of Reinfection Next: This Week on COVID-19: Vaccine Development, Current Trends, and Surface Transmission →