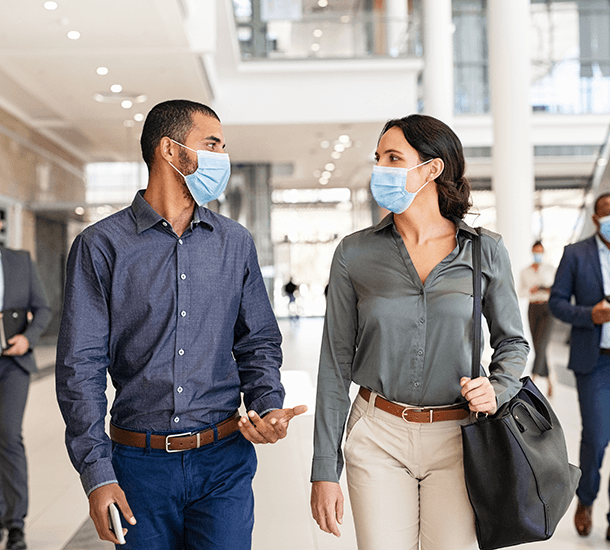 In most of the world, the steady improvement trends continue. Even India has seen rates fall to roughly half of where they were just 3 weeks ago. In Japan, where a major question remains as to the viability of the Olympics, a fairly strict lockdown has reduced rates to about a third from where they were two weeks ago. Most of East Asia continues to do very well although spikes are currently being seen in Thailand and Vietnam. Thailand appears to be getting a good hold on its rate increases, but Vietnam is having more trouble.

It is becoming increasingly clear that effective vaccination programs are responsible for driving decreases in case rates. The United States broke the threshold of 50% of all Americans immunized this week, meaning that in combination with those previously infected, it is reasonable to assume that on the order of 75% of Americans, especially the most vulnerable, have significant immunity. That is putting the US near the herd immunity threshold. Even in Europe, where vaccinations took off slowly, Europeans will reach the 50% threshold sometime in the next 10 days. As these major areas of the world reach full voluntary vaccination this is going to free up ever-larger volumes of vaccine to be shipped to other, less vaccinated, countries

Addressing the issue of voluntary vaccinations, it is also becoming very clear that major nations in Europe and North America are nearing the end of the portion of their populations that are currently willing to get vaccinated. The US decision to allow those who are vaccinated to remove masks has had a side effect of spurring vaccinations for those who were on the fence. At the end of last week, a Harris Poll found that 37% of people who got vaccinated after the removal of the mask requirement did so specifically because they didn’t trust others who weren’t vaccinated to follow the masking and social distancing guidelines. They felt that they had to get vaccinated to protect themselves.

Now that vaccine programs are proving their effectiveness, many ask about the chances that the virus could mutate allowing breakthrough infections. There are two important background concepts. First, viruses are constantly mutating. Second, as viruses go, COVID-19 and other coronaviruses are relatively stable, but when there are hundreds of millions of infected people, this means that there are huge numbers of virus mutations happening all the time, most of which are meaningless or even disruptive to virus function. However, the real question is, could a mutation occur which just happens to cause a specific change that enables increased virulence? Yes, it’s possible, but since we don’t know the mutation rate nor what the key change would need to be, we have no way of quantifying the risk, but we do know that the faster we can beat down the number of live viruses in the world, the less the chance will be.

So, then the more important question is with these ongoing mutations of the virus, are the vaccines becoming less effective?

So far, at least for the two mRNA vaccines, no. There continue to be reports of “vaccine escape” but so far, rigorous field studies have not shown that any of the circulating variants significantly decrease the effectiveness of either Pfizer or Moderna. The only major concern about Astra-Zeneca has been reduced effectiveness in preventing symptomatic infection with the South African variant, although still good protection against severe illness or death.  To be sure, there will always be some cases in vaccinated people, that is what the stated effectiveness value is about: If a vaccine is 95% effective in preventing symptomatic diseases, that means that in identically exposed populations – but one is immunized and one is not, the rate of disease in the immunized population will not be zero, but 5% that of the rate in the unimmunized population. So, no one should get overly concerned when they hear reports of an infection in a vaccinated person. It’s going to happen, but studies continue to show that the rate of this happening is tiny.

The other big vaccine question that has been in the news over the last couple of weeks is in regards to booster shots. There still does not appear that boosters will be needed, as increasing evidence indicates that immunity from either infection or vaccination is fairly durable. But a question that is being asked internationally is whether that means that countries with excess vaccine should make a policy decision to start shifting vaccine production to vaccine exports, and especially to export rather than build stockpiles for boosters.

Right now, with no good evidence that a booster is needed, much of the thought process is that areas of the world with vaccine manufacturing capacity are trying to get their economies stabilized and back to work so that capacity for vaccine manufacturing and resources for vaccine distribution can be further increased. This increased capacity can then be targeted at exports to countries without internal manufacturing capability and lack of resources for distribution. It is in everybody’s interest to get this epidemic under control globally.

Given what we do know right now, it appears that even if immunity does decrease over a year or so, it does not fall off a cliff. So, there is much to be said for not planning for boosters in developed nations and, instead, using that manufacturing capacity to get as many in the world vaccinated as soon as possible. Therefore, decreasing the chance of a vaccine-escape variant developing through random chance mutation, but that’s a big geopolitical question better suited to another forum.

The “black fungus” (mucormycosis) that has become a terrifying added risk mainly in India is an opportunistic infection that can affect people debilitated by COVID. Importantly, it is generally NOT infectious from person to person. Fungal spores are ubiquitous in the environment, just waiting for the right combination of warmth, moisture, and a food source to take off. Unlike viruses which have to infect cells to survive, fungi are more like microscopic plants that survive by taking nutrients from their environment. With COVID in hot, moist climates and patients who are often being cared for in areas that are not cleaned/disinfected as thoroughly as a typical hospital room, they have the environment they need to get started. The spores often start in the oxygen apparatus or in dirty face masks, then they get blown or sucked into the patients’ airways where they are able to get hold and suck nutrients from the patient’s cells. Normally, the body’s immune system then comes into play and destroys them before they can take off. Unfortunately, one of the front-line drug classes against COVID disease is steroids, and steroids decrease the direct effectiveness of the cellular immune system, especially against fungi. In India, where many drugs are freely available, there is rampant overuse and misuse of steroids, so now these environmental fungi can have warmth, moisture, a food source, and an impaired immune system, so they can establish a dangerous infection. The total number of cases relative to the population is tiny, but with a name like “black fungus and an effect that is dubbed “flesh-eating,” this is great fodder for the “if it bleeds it leads” media. This does not mean that efforts are not needed to combat this, but it is also not another epidemic that will overrun the world. Prevention is straightforward: Careful attention to cleaning and only using steroids when needed.

We are winning the war against COVID around the world. There are still battles to be fought, but even in the hardest-hit places, vaccines and treatments are turning the tide. For the next few months, international travel should be generally limited to those who are vaccinated, especially if the travel is to areas with lower vaccination rates, but essential travel and travel between well-vaccinated areas can start increasing.

The key continues to be vaccination and the data on both safety and effectiveness continues to be excellent, especially for the four major vaccines: Pfizer, Moderna, Astra-Zeneca, and Johnson & Johnson. There are cautions we have previously covered at length for AstraZeneca and Johnson & Johnson, but these remain important tools. Also, there continue to be important concerns regarding the effectiveness of the Chinese and Russian vaccines, but even those appear better than nothing, with the potential for a single dose of one of the four leading vaccines as a booster to bring efficacy up to par.