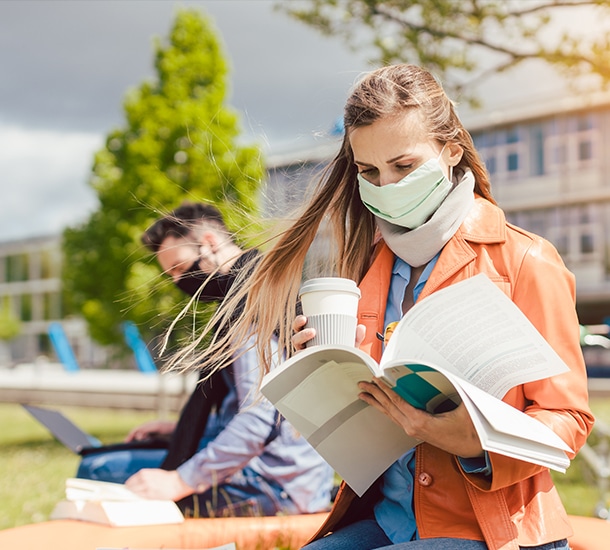 The seven-day moving average of reported new daily cases has more than doubled in the last 2 weeks in the five largest European countries. While the health services in major European Countries are speculating on slightly different causes, the common theme is COVID-fatigue: Young people and families are returning to their pre-COVID ways including social activities and travel.

Countries across Europe are trying to put a lid on the repercussions by clamping down on the highest-risk indoor settings that spur new infections, including bars and nightclubs, and reinstating travel-related restrictions or testing programs. However, if past experience over these last 6 months is a guide, it is likely that it will take a month or so to reverse this new trend as people have to recognize that certain activities have risks.

That, of course, brings us right into the autumn season where the weather will be tending to push people more indoors, and we have very good evidence that crowding people together indoors is a significant risk factor for increased spread.

At the same time, it is important to note that these new outbreaks have not been accompanied by surges in hospitalizations or deaths. The demographics of these new cases in Europe have shifted to a much younger group. This is very much paralleling the experience of the United States in late June and early July where relaxation of restrictions led to a surge in cases but mainly in a younger segment of society who are statistically at much lower risk for severe disease.

Also, even with the surge, levels of infection remain far lower in Europe than in much of the U.S. The seven-day average of new daily U.S. cases is running at about 15 cases per 100,000 people, about five times the number across Germany, France, Spain, Italy, and the United Kingdom. Although it must be noted that the US is mostly on a downward trend and Europe is upward.

The two take-home messages from this new outbreak scenario are:

That does bring us to consider something that may be leading to case resurgence in the United States, and that is decisions to re-open colleges and universities for on-campus activities. The first set of major schools to bring the student bodies back started over the last 7 to 10 days and it did not take long for outbreaks to develop. Unfortunately, these outbreaks generally have little to do with education and everything to do with the actions of 18-22-year-olds. At both Notre Dame and at the University of North Carolina at Chapel Hill, outbreaks have been linked to social events which would be very typical for the start of the new school year. These kinds of events, with a large number of people in relatively compact spaces, set the stage for super spreader events. At both schools, the administration noted that the students on campus appeared to pay very good attention to physical distancing and wearing masks during the day and for official activities, but that was not where the problems occurred. It looks like university administrators around the country are going to rethink the issues of bringing these young adults, back to school.

For middle school and elementary school students, in the controlled environment of the classroom, it is much easier to control kids’ activities so one case will not have an easy opportunity to spread infection beyond a single classroom. Here, administrators may reasonably decide that the risks are controllable and are outweighed by the significant issues, ranging from loss of academic progress to impaired social skills issues to depression that can be accompanied by keeping kids out of the classroom and that social environment.

At the high school level, students may not have as much autonomy as college, but the nature of secondary education generates much more mixing than at the elementary school level. But just keeping high schoolers out of school may not decrease the after-hours socializing that can cause outbreaks.

There is no one answer for any of this. It depends on local disease incidence rates, the ability of the school to provide appropriate physical distancing measures, and the availability of alternative or hybrid models.

A phenomenon that has been gaining significant attention in mass media over the last couple of weeks and is the “Long Haulers.” The media is carrying sensationalized reports of younger people – 20’s to ’40s — who continue to have sometimes debilitating symptoms which they attribute to COVID-19, long after they clear evidence of disease. There is some agreement among infectious disease experts that this likely does occur, however, the occurrence of this is relatively low.

This is something that bears further evaluation. Since experience has rightly taught the public that COVID-19 does not carry a high risk of death or serious disease for most people, this idea of a problematic outcome that can theoretically affect anyone is very difficult to disprove, and is poorly characterized presents a tailor-made story for a news outlet following the “if it bleeds, it leads” approach to journalism.

Finally, some significant good news. One of the biggest problems in beating back COVID-19 has been the difficulties with testing for active infection. Well, this week saw the first of what is expected to be a series of announcements on rapid, cheap, and reasonably accurate SARS-CoV2 point-of-need tests. Yale University received FDA Emergency Use Authorization for a saliva-based test for active infection. The Assistant Secretary for Health at the US Department of Health and Human Services characterized this as a game-changer. While this is not the first saliva-based test, the testing procedure is characterized as “much simpler, less expensive, and less invasive” than the current swab tests and uses much more easily available tools and reagents including multiple types of existing lab equipment. The feeling is that these tests will be able to roll out across the country over the next month or so with per test cost on the order of $10 and with the same or next day turnaround.

This is not the only test in the pipeline. Experts, including Dr. Scott Gottlieb, the former head of the FDA who has been a frequent critic of the national effort on testing said that he believes that an even cheaper and faster test for the presence of the virus, called lateral flow cytometry, will be approved over the next few weeks. These tests can be made almost like printing on paper and have the promise to be available for just a couple of dollars per test and will not require highly-trained technicians.

These tests will not by themselves stop the epidemic, but if we can identify cases and within 24 hours, have complete contact tracing and quarantine, the reproductive rate of the virus will be cut dramatically.

C19check.com
← Prev: COVID-19 During the Flu Season Next: COVID-19 Testing, Therapeutics, and the Possibility of Reinfection →