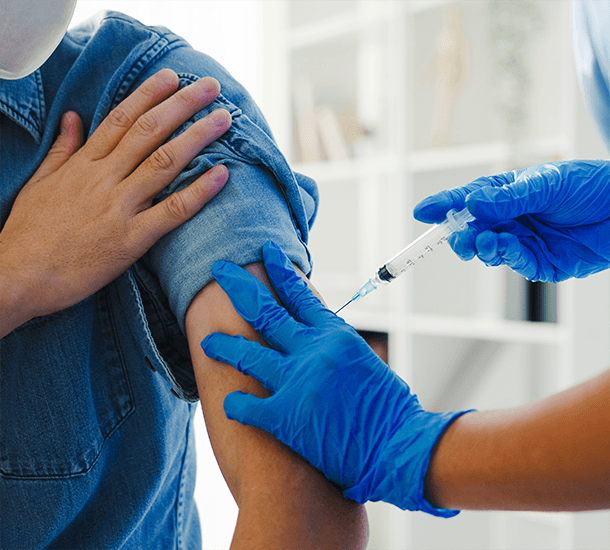 Over the past several weeks the United States has mostly reopened for business. To be sure, this does not mean that everything is opened to full capacity throughout the country but almost all businesses and facilities are opened at an economically significant capacity. This reopening, however, has been accompanied by a month of flattening of the declines in case rates that was seen from mid-January to late February. Looking deeper at the numbers, we see that just 5 states, New York, Michigan, Florida, Pennsylvania, and New Jersey, are responsible for almost half of the total daily cases in the country and the upper Midwest, including Illinois, Minnesota, and Michigan is being hit especially hard on a per capita basis, with some authorities concerned that this could represent a warning for a so-called fourth wave in the rest of the country. Looking at the rest of the country, however, of the remaining states about half are seeing increases in cases and half are seeing decreases in cases. The driver for these increases is not entirely clear but one component is the spread of the UK variant although that is not the only factor in that the states with the highest proportion of that variant do not necessarily have the highest rates.

The other major statistic that is very encouraging, however, is the death rate. Despite the pause in decreases of the case rate curve, the death rate continues to fall and is down 22% in just the last week and nearly 70% over the course of the month of March. This is reflective of the effectiveness of the vaccine, the importance of the initial focus of the vaccine on the elderly and at-risk population, and a better understanding of how and when to treat an infection. At present, just looking at the raw average of COVID-attributed deaths per day, COVID-19 deaths are about twice the number of flu deaths per day in a bad flu season. While that may sound awful, there were times when the country was running at 10 times the daily deaths of a bad flu season. Now, some would say that that is a bit of an apples to oranges comparison because the case definition for a flu death is much stricter than the case definition for a COVID-related death. The key point is that if we continue the current and projected rates of decline, COVID deaths will, in the next few weeks, be at a level very comparable to a typical flu season. At that point, the only driver for continuing to suppress cases will be the concern of a new dangerous variant. But remember, we have multiple other coronaviruses in very common circulation in the world, and we don’t live in fear of one of them developing a concerning variant.

In other epidemiology news around the world, the United Kingdom continues to see significant decreases in case rates, now in a level that would be considered sporadic transmission and reflective of the fact that over half of the population in the United Kingdom is vaccinated. A growing concern there, however, which foreshadows what may be happening in the near future in the United States is that fewer people are lining up to get the vaccine. The prime minister and his government are imploring Brits to get vaccinated and employing opinion leaders in various medically underserved communities to encourage vaccination, just as we are beginning to see in the US.

In Europe, case rates continue to increase; now, once again nearing levels similar to what was seen during the previous wave surrounding the end-of-year holidays. The continent is still experiencing difficulties in increasing vaccination rates due to continued and, unfortunately, renewed fears over the AstraZeneca vaccine and blood clots as well as difficulties in distributing adequate numbers of doses due to mistakes made in the early acquisition processes. On the AstraZeneca vaccine, the European CDC and their pharmaceutical regulators continue to put out mixed messages regarding safety. Most recently they have said that there is, in fact, a plausible link between the vaccine and certain rare types of clots, especially in younger adults and especially in women, but they say that they still believe that the overall effectiveness and safety of the vaccine makes it better than the option of going unvaccinated with the attendant risk of disease and complications, including a higher risk of blood clots. Unfortunately, the population is hearing the first part loud and clear regarding the risk and not understanding the risk vs. benefit statements. Since the Pfizer and Johnson & Johnson vaccines do not appear to have this problem, most people, especially young people who are now the most important vectors of the disease and yet do not consider themselves to be at high risk of disease-related problems, are choosing to wait for access to a different type of vaccine. The Europeans and the United Kingdom are attempting to address this by focusing the use of the AstraZeneca vaccine on people over 50 to 60 but most of the willing members of that population have already been vaccinated. This is an ongoing problem with no good end in sight. In the last couple of weeks, talk of near-term authorization for the AstraZeneca vaccine has stopped and it is likely that the company and regulators do not want to activate the media machine in the United States in amplifying existing concerns related to the vaccine with spill-over concerns to all vaccines just as we are trying to reach out to more challenging populations.

In the Far East, cases in Australia and New Zealand are almost nonexistent with those 2 countries opening essentially uncontrolled travel between each other. Case rates in Hong Kong, Singapore, and Korea continue at very low levels with occasional spikes addressed effectively with the highly localized application of public health control measures. Japan, however, has seen a modest spike which has impacted some of the early Olympics-related events and is creating fears about the ability to conduct safe Olympics just 4 months away, especially since vaccines have not yet had high penetration in Japan.

The at-home 30-minute Australian-made Lucira molecular test has demonstrated a nearly 95% accuracy rate at a cost of only $50 per test. The test is still only available by prescription in order to ensure that a responsible medical authority is on the hook to report the results to health authorities. The lab-based PCR tests are still slightly more accurate, but this new test is much closer in accuracy and sensitivity to the PCR tests and at a price and time-to-results that is comparable to an antigen test.

There is minimal new news regarding vaccines other than the AstraZeneca vaccine. The Moderna vaccine was approved for use in the United Kingdom this week, but demand for vaccines is decreasing there, however, the availability of the Moderna vaccine will mitigate that impact.

In the United States, the nation is still on track to be able to deliver the vaccine to all willing adults over the next 4 to 6 weeks. The big unknown is whether that will be adequate to get the nation to herd immunity. Fortunately, the Pfizer vaccine will likely be approved for use in children ages 12 and up over the course of the next month and when that group is added in it is more likely that we will reach herd immunity by late spring, although that is not a universally held belief amongst epidemiologists because of the unknown effect of variants. To reiterate, however, the vaccine is effective against variants circulating in most of the world.

Out of all the news over the last week, potentially the biggest is that the CDC has for the first time acknowledged the effectiveness of the vaccines in preventing both infections and disease in their mitigation recommendations. Last Friday the CDC issued new travel guidance which removed all recommendations for quarantine and testing related to travel for those who are fully vaccinated, except that testing 3 days or less prior to international travel back to the United States is still required and a second test 3 to 5 days after international travel to the United States is still recommended. For vaccinated travelers, no quarantines are recommended in any setting although monitoring of symptoms is still highly encouraged. Not all locales have caught up to this, however, so do check your destination.

With the recognition by the CDC that vaccination does effectively change risks associated with certain activities, businesses and schools are asking the question of what vaccination should mean to their operations. The medical part of this question is fairly clear: Vaccination reduces risks for those vaccinated and reduces the need for vaccinated people to continue mitigation measures to protect others. From a sociologic and a legal perspective, however, it is much less clear whether it makes sense to create two groups, vaccinated versus the unvaccinated, at this point. The question of whether public activities should require vaccination is also looming. The legal question of whether governments, employers, and operators of voluntary activities can require vaccination is reasonably clear: Yes, they can, but do these various groups want to create situations where people have to present documentation of vaccination status in order to engage in various activities is much bigger. Several states have outright prohibited governmental activities from doing this, and this question will become even more complicated when we reach the point that everyone who is eligible for the vaccine has been vaccinated especially the at-risk population, and then the only major group left, other than children (for whom this is not a huge risk) are those who choose not to be vaccinated. There will still be a societal goal of continuing to push down the number of infections with the SARS-CoV-2 virus in order to minimize the chance of variants developing, but we will have to wrestle with the question of what the cost to economic and social activity are we willing to put up with to achieve that degree of risk reduction for an unknowable benefit.