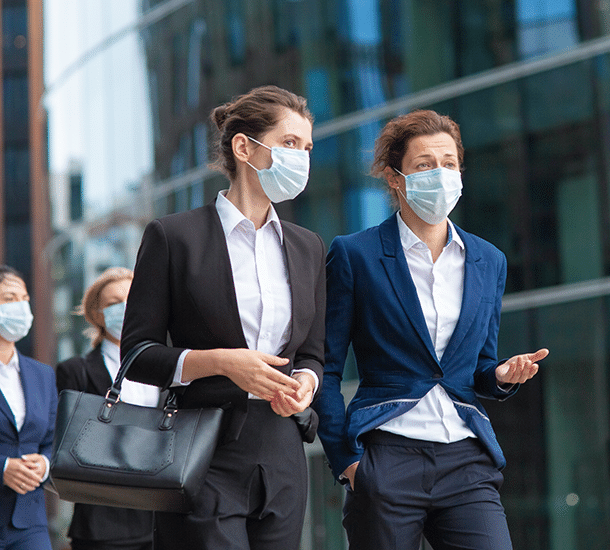 Cases in North America continue to fall at a fairly rapid pace but are still at levels higher than any other time in the epidemic and the real number of cases is probably much larger than the number of reported cases. Hospitalizations, running about 10 days behind cases have also peaked over the last week in most areas, but are also still at the highest level of the whole epidemic. However, ICU hospitalizations are still near peaks but never got significantly higher than earlier as most patients who need hospitalization need just a short period of extra oxygen as opposed to large numbers requiring intubation. Deaths, which lag behind are still increasing, but unless they fail to peak in the next week, which is unlikely, they will not have reached the levels seen last winter or even the first winter of COVID.

Cases in the UK have hit a pause in their decrease, coinciding with the removal of restrictions, but there has not been a similar pause in decreased hospitalizations or deaths, and the most recent couple of days look promising for decreases to resume. The prevailing thought in the UK is that relative herd immunity is taking effect as before long there will be few people without some type of significant immunity.

In Europe, some countries, notably Germany and Italy, appear to have crested their peak, but others, especially eastern Europe are still seeing higher numbers. Russia is almost half again higher than the peak seen in the late fall when there was evidence of social disruption throughout European Russia.

In South Asia, both India and Bangladesh are coming back down off their most recent peaks, neither has shown the disruption seen during the summer delta peaks, again demonstrating that omicron does not carry the disruptive of earlier strains.

Lastly, Asian countries are not moving in clear directions with daily case counts all over the place, but still at much lower levels than what is seen in Europe and North America.

Staying with epidemiology issues, there is a second omicron subvariant, BA2, that has emerged in very low numbers over the last two weeks. So far, this variant appears to behave just like the primary omicron variant, BA1 but has some evidence of being slightly more infectious. This is not a high concern at present because it is not more virulent, and even if it is slightly more infectious, that may not necessarily be a bad thing if it provides the same immunities demonstrated by the primary variant, in many ways acting as an airborne vaccine.

There is nothing new on tests this week except that in the US, the government supplied tests at four free tests per residential address have started shipping. So far, many of the tests that people have received have been previously unfamiliar antigen tests that are made in China, but with billion tests to be distributed, 500 million of which will come via the USPS to residences, it is likely that these tests will come from very many sources. Please note that these tests do not come automatically. They must be requested at www.covidtests.gov.

With regards to when to test: Ideally save testing for any time you develop the key symptoms such as cough, fever, or muscle aches. A runny nose is more common with omicron and taste/smell difficulties are somewhat less common. If you are exposed but do not have symptoms, if you are up to date on the vaccine, you do not need to test, but otherwise, it is best to wait at least 3 days and up to 5 days (or until symptoms develop) so that the virus has had enough time to replicate enough to turn the test positive.

On treatments, many media sources have published stories to the effect that monoclonal antibody treatments in general have been found ineffective against omicron and that the FDA has withdrawn their Emergency Use Authorizations. This is not true. Two of the three available treatments have been found to be much less effective against omicron and the government has directed that there will be no distribution of these treatments. The third available preparation, Sotrovimab is still highly effective and should continue to be used for anyone with risk factors for severe disease. Unfortunately, because it is the only monoclonal antibody game in town and because nearly all government resources over the past year were directed to the manufacturing and distribution of vaccines at the expense of treatments, there is very little sotrovimab to go around. Alternatively, the antiviral, Paxlovid, has fairly equivalent efficacy but is suffering from the same manufacturing and distribution constraints, so it also is in low supply. The second antiviral, Molnupiravir, is slightly more available, but the efficacy of this preparation is only about a third of either paxlovid or sotrovimab and with greater side effects concerns.

With regard to vaccinations, the CDC dropped the recommended interval from completion of the primary course of Moderna from 6 months to 5 months, matching the recommendation for Pfizer. Additionally, following two weeks of confusion on CDCs terminology regarding whether a booster is required to be considered optimally protected by vaccines, yet another wrinkle has been added. While the CDC still says that two shots of an mRNA vaccine or 1 shot of the Johnson & Johnson vaccine makes you “fully vaccinated” but unless you get a booster you will not be officially considered “Up To Date” on your vaccine. This is guaranteed to create additional confusion as various entities will likely now begin to require that people are “up to date” for certain activities. Maui County, Hawaii, is the first jurisdiction to make this change, now requiring that people are “up to date” on their vaccines for activities such as bars, restaurants, and gyms, meaning that boosters are required.

In other vaccine news, both Pfizer and Moderna are now officially in the late stages of trials of an omicron-specific vaccine. No study results have been released, but both companies are floating lab-based data findings which indicate that boosters will begin to lose effectiveness in preventing infection at around the 6-month point. But this will beg one key question as to what that will mean in practice: Does it matter? If omicron continues to show virulence less than the flu for those who had the current booster, and cases are down as most authorities expect, then it may not be needed, or at least not needed until next flu season.

Perhaps even more important in the long run, multiple institutions are well into work on a universal coronavirus vaccine, one that would not only be effective against all COVID variants, but also against SARS, MERS, and even the viruses responsible for about one out of 5 cases of common colds. The US Army Medical Research Institute for Infectious Disease (USAMRIID) is the furthest along in this race, already having started phase one trials with human volunteers. Remember that only a small proportion of vaccines that enter phase 1 studies ever actually make it to market, but this is still promising.